The senior KPMG partner accused last week of selling inside information to a golfing buddy by federal investigators was feeding his partner information on Deckers Outdoor Corp. earnings as recently as February, according to a criminal complaint filed against him by the U.S. Attorney for the Central District of California.

Scott London, who managed the Deckers Outdoor Corp. account for KPMG, was taped by FBI agents accepting a bag of $5,000 from his co-conspirator at a parking lot in Woodland Hills. The cash was supposedly for Londons share of illegal profits from trades his co-conspirator-turned-states-witness Bryan Shaw made with confidential information London had provided about Deckers February 2013 earnings announcement, according to a criminal complaint filed April 11.
The 24-page complaint charges London with one count of conspiracy to commit securities fraud for providing Shaw information on upcoming earnings announcement by Herbalife, Skechers USA and Deckers Outdoor. The complaint said that on some occasions, London called Shaw to read draft earnings releases two to three days before they were released to the public.  After Shaw began cooperating with federal investigators, FBI agents provided him with cash to pay off London so they could document the conspiracy.
At their rendezvous in Woodland Hills, London told Shaw that they would have more opportunities to make money in the future, the complaint states.
On Thursday, a federal judge released London on a $150,000 bond on condition he turn over his passport. Londons attorney was quoted by news wires as saying his client will plead guilty when he is formally arraigned May 17.
KPMG fired London and resigned as auditor for Herbalife and Skechers April 9 after learning of the investigation.  KPMG told newswires Friday it saw no reason to suspect the accuracy of the financial statement it prepared for the companies during the period. Deckers has declined to comment on the case.
London is also being charged with civil violations of federal securities laws by the Securities and Exchange Commission, which joined the investigation in mid-2012. The SEC complaint estimates that London and Shaw netted more than $1.27 million from the scheme between October, 2010 and April 2011, including $714,000 from trades based on confidential financial data about Herbalife, Skechers and Deckers. The two earned another $557,000 in illegal profits by trading on non public information London provided on the impending merger of RSC Holdings and Pacific Capital. 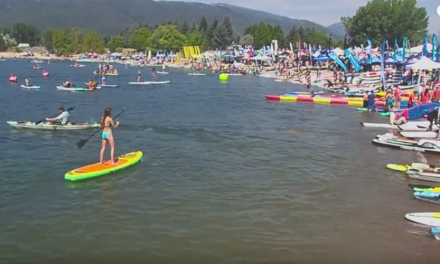