Strong demand for firearms and ammunition, more favorable weather and higher average tickets enabled Big 5 Sporting Goods Corp.s to chalk up same-store sales of 10.5 percent in the first quarter and surpass guidance issued by the California-based retailer in February.

Net sales increased 12.7 percent to $246.3 million compared with the first quarter of fiscal 2012, despite the calendar shift of the Easter holiday, during which the company’s stores are closed, into the first quarter. Net income reached $7.5 million, or 34 cents per diluted share, compared to net income of $156,000, or 1 cent, for the first quarter of fiscal 2012.
CEO Steve Miller attributed the strong results to a low single-digit increase in customer traffic, a high single-digit increase in average ticket, and healthy margin expansion, reflecting the retailers shift toward higher price point brands. Continued high demand for firearms and ammunition products boosted comps store sales from the mid- to high-single-digit range. Apparel and hardgoods sales grew in the mid- to high-teen range. Footwear sales were negative, but would have comped up had Easter fallen in the second quarter.
Gross margin reached 32.7 percent in the quarter, up 180 basis points (b.p.) thanks to a 113-an increase in merchandise margins of 113 b.p, where were buoyed by higher sales of higher margin winter apparel and fewer promotions than a year earlier. Store occupancy and distribution costs declined as a percentage of net sales.

Selling and administrative expense as a percentage of net sales improved to 27.6 percent, down 290 b.p. from the first quarter of the prior year. Overall selling and administrative expense increased $1.3 million over the year earlier quarter due primarily to higher employee labor and benefit-related costs, higher credit card fees and higher operating costs to support an increase in store count, partially offset by lower advertising expense.

“Our positive sales trends have continued into the second quarter and we feel well positioned to deliver strong results as we move through the spring and into the summer season,” said Miller

For the fiscal 2013 second quarter, the company expects same-store sales to slow to the positive mid-single-digit range as firearms and ammo sales fall off and earnings per diluted share in the range of 20 to 26 cents.  Miller said ammunition vendors are still trying to catch up with demand.

Big Five ended the quarter with 414 stores in operation and plans to open two new stores in the second quarter. For the fiscal 2013 full year, the company anticipates opening approximately 15 to 20 net new stores and remodeling as many as 50 stores with new fixtures and other improvements to showcase its new brand assortment. Miller said it now looks like the company, which operates across 12 western states, wont launch its e-commerce store until 2014. 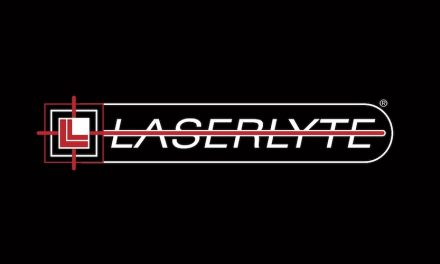