With more signs that the U.S. economic recovery appears to be sustainable, executives across the industry appeared to be fired up about the possibility of pursing growth opportunities again.

Speaking at the recent Piper Jaffray Consumer Conference in New York City, many discussed how their austere streamlining efforts to become lean and mean fortified them to manage the recession, but they seemed relieved to be discussing inventory-building and marketing ramp-ups as well.
A few concerns expressed were whether the economic troubles in Southern  Europe will derail the healthier consumer spending trend in the U.S., the impact of strengthening U.S. dollar, and rising sourcing costs coming out of China. But the bulk talked about how to reach the reenergized consumer.
Wolverine World Wide Passes on Sourcing Cost Hikes to Customers…
With product costs expected to rise in the low-single to mid-single percentages over the next year, Wolverine World Wide has been forced to increase prices but has not found much resistance yet from retail.
“In general, we took some price increases last year of select brands, select collections within the brand,” said Blake Krueger, chairman, president and CEO, at Piper Jaffray's conference.  “We have already taken some price increases this year. We'll probably take some more price increases this year and next year. So far, frankly, we haven't seen a lot of pushback from the retailers.

They read the same newspapers we all do and they know that labor prices are going up in China. They know commodity prices are going up. They know freight costs are up. So in general, we have not seen a significant pushback from our retailers right now.”
Krueger said Wolverine will remain focused on product design and innovation. “If it is a good value proposition for the ultimate consumer, another $5 or $10 in retail price, we don't believe it is going to have any significant impact on the business,” said Krueger.
Krueger, said that with 87% of shoes sold in America coming from Southeast China last year, Wolverine is limited in its ability to move to other regions for cheaper sourcing. “There may be some factories in new countries like Bangladesh. But you are not going to go from 87% to 50% overnight or even in a period of years.”
Management also said it hasn’t' felt any impact yet from problems in Southern Europe. Europe accounts for about 22% of its business with much centered in the UK, France and Germany. Greece, Italy, Portugal and Spain represent less than 10% of its European business. On the plus side, Krueger noted that footwear has proven once again to be one of the leading product categories coming out of the recessionary environment.
In addition to growth from recently-acquired brands, Chaco and Cushe, the company is seeing success with its flagship Wolverine brand, especially in fashion product, and the Hush Puppies brand, with its 1958 collection reaching all Nordstrom doors this fall. But the biggest growth driver continues to be Merrell, with the further development of Merrell apparel  still only a $30 million business  seen as key to its goal of becoming Wolverine's first billion dollar brand.
“We need Merrell apparel to be significant in that retail channel as well, as well as our own Merrell concept stores that are opening around the world. So we are focused on being relevant and competitive in that distribution channel,” said Krueger.
Deckers Looking to Manage Cost Increases…
Deckers Outdoor Corp. indicated it will be difficult to escape rising costs anywhere in China as the government raises minimum wages and revalues the Renminbi. Deckers Outdoor COO Zohar Ziv at the Piper Jaffray Conference added that its biggest manufacturer moved production to northern China two years ago to secure tax benefits and lower wages and other factories are now starting to migrate to central China to get away from wage pressures in the south. But DECK and its partners are now scouting manufacturing sites in Vietnam and talking about how to change shoe construction to improve the supply chain.
Besides rising costs in China, Ziv ranked the risk that the Euro’s problems might drag the world into a double-dip recession as his top concern going forward.
In terms of distribution, DECK plans to open 60 more UGG shop-in-shops in independent retailers this year, bringing the total to 200. That number does not include department stores. The format involves selling fixtures that typically increase UGG sales by 35-50% once they are installed on store walls.  DECK continues to view  Tsubo, Ahnu and Simple as “incubator” brands.
“We are looking at it similar to the way you guys are investing in your stock portfolio,” said Ziv. “You have a sure bet when the companies are doing okay, and sometimes it's more like an option. We are not spending a disproportional amount of either time or capital on those brands.”
DECK needs just one of those brands to be successful for there to be a meaningful contribution to the bottom line, he noted.
Ziv said the company will continue to push into apparel and accessories, primarily through licensing of the UGG brand. It recently canceled a license for handbags when it did not like the product, but has licensees producing gloves and hats and is now looking at sweaters.

As the Industry is Chasing Growth Again…

The campaign, which launched during the company’s first quarter, diverts the company’s marketing focus from sponsorship event-type advertising to cater to billboards and buses more aligned with its “new” crowd.
Hammer credited the new campaign with comps that were up 4% and 5% in April and May, respectively; and up 14% for the first nine days of June. Likewise, Hammer said Crocs will take aim at the back-to-school crowd for the first time ever, focusing on a several new products that will be allowed in schools.
Hammer also pointed to the importance of continuing to establish Crocs as a profitable brand outside of the U.S., which accounted for 65% of the company’s first quarter business. Along with Asia, which Hammer said represents the most sustainable growth and was up 40% in the first quarter, Crocs is expanding retail operations within its U.K., France, Spain and Germany markets starting in the second half of 2010. Hammer also called Brazil and China two “phenomenal” markets, adding that the company was ramping up efforts to combat knock-off factories in China.
Hammer added that so far in 2010, Crocs has seen better-than-expected results from its new products, assuring that replenishment product was “on the way” to accounts. Management for Crocs noted at the recent ICR Conferences that it had adopted a strategy of slowly raising prices as new products were introduced.
Hammer also said that Crocs has made significant headway in remedying its inventory issues, trimming inventory levels from about $274 million since the start of 2008 when he started with the company to about $107 million as of the end of Q1. Hammer said Crocs was streamlining operations by implementing new global management systems, which will be in all markets by the end of 2010.
Management for Cabela’s Inc. elaborated on many of the initiatives established in the company’s recent mid-May meeting with shareholders. Addressing concerns about tough comparisons against year-ago numbers that benefitted from a politically-driven guns & ammo boom, CEO Tommy Milner said that slowly rebounding sales from high-ticket items like boats and ATV’s would help offset a “soft landing” from guns & ammo. Likewise, Milner pointed to the fact that Cabela’s is in the midst of streamlining its retail operations, an initiative that has included eradicating “obsolete” inventory, streamlining backroom labor and introducing smaller, more efficient stores.
Milner also stressed the emphasis Cabela’s has placed on building storefronts in high-traffic locations. Currently, Cabela’s has announced three new stores for next year.
Milner added that for the financial services segment, which has experienced an expected uptick of charge-offs from its customers amidst the recession, expectations remain high as the market recovers. While Milner confirmed that charge-offs have finally started to “flatten-out,” he added that there will be a “new normal” for charge-offs in the near future, and it’s unlikely to be around the 2.5% mark that Cabela’s historically reported before the recession.
In other channels, management said Cabela’s remains “very, very focused on continuing to grow the e-commerce business,” with Milner confirming that Cabela’s has invested $10 million in the re-launch of Cabelas.com in the last 18 months. Management said they were confident e-commerce would continue to grow despite the fact that it has been offset by a significant decline in traditional phone orders.
Rick Brooks, CEO of Zumiez, Inc. stated on more than one occasion that he wasn’t there to discuss specific future activity, as Zumiez’ concentration was to lead by example.

With May store comps up 7.1%, it seems the company is doing just that.  “Our view is we don't want to talk about what we are going to do. We want to actually be able to show you, go do it, show you what the unit economics are, and then talk about potential for rolling it out,” Brooks said at the conference.
However, what he did discuss shed a lot of light on the direction the company is going.  Currently, Zumiez is observing four main objectives at which the company hopes will boost its expansion into the impending future.
The main priority for the retailer is to increase comp store sales to supplement a planned 6% growth in new stores for the fiscal year.  The second objective is to develop a higher concentration on unit growth while maintaining inventories, all in an effort to capitalize on an improving economy.

Third, the retailer wants to expand its e-commerce position. The final objective is boosting its cross channel opportunities to a wider range of consumers, driving sales in every available channel.
Developing a broader, well connected retail channel will play into the company’s hands well, as Zumiez is aware of a current shift in power that is becoming evident in Asia, he added.  “One big caveat we would all put out there that most of the retailers have talked about is the balance of power is shifting in Asia. For most of the last 25 years, especially the last two years, the retailers domestically have had a lot of the power. I think as we move into the end of this year and into 2011 that balance of power is shifting,” Brooks concluded. 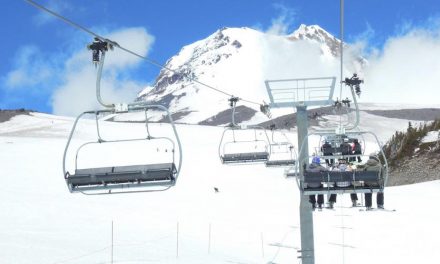