Shares of Everlast Worldwide more than doubled for the week after the company last week signed its biggest deal to-date handing over its U.S. womens business to Jacques Moret, Inc. in a license deal that commences January 1, 2005. JMI will pay approximately $12.5 million in minimum guarantees to Everlast in the five-year deal. Moret also has an option to extend the deal for 99 years at the end of the current deal for approximately $30 million.

The agreement will have Moret assume and pay for all women’s apparel inventory purchased by Everlast, future advertisements previously placed by the company, and other transitional costs associated with the women’s business.
JMI will to hire key sales, merchandising, and operating personnel previously employed by Everlast’s women’s apparel division. Orders already placed with Everlast for spring and summer women’s apparel are expected to be fully shipped in joint efforts between Everlast and Moret during the transition period.

Everlast is expected to focus its efforts on the U.S. men’s apparel, as well as its professional and retail boxing equipment and worldwide licensing businesses.

Everlast Worldwide Inc. announced the signing of its largest license agreement to date with Jacques Moret, Inc. As of January 1, 2005, this new agreement grants Moret, a major supplier to the U.S. women’s apparel market, a license for Everlast women’s apparel in the United States.

Under the terms of the five-year agreement, Jacques Moret, Inc. will pay approximately $12.5 million in minimum guarantees to Everlast, noting that strong potential royalty earnings in excess of this amount are possible. At the end of this initial five-year term, Moret has the option to sign a ninety- nine year license for women’s apparel rights for approximately $30 million. Additionally, Moret will assume and pay for all women’s apparel inventory purchased by Everlast, future advertisements previously placed by the company and other transitional costs associated with the women’s business.

George Horowitz, chairman, CEO, and president of Everlast said, “Everlast has achieved tremendous success from operating its own women’s apparel business. We came to the conclusion that the brand would greatly benefit from licensing the women’s apparel category to Jacques Moret, Inc., one of the industry’s leading suppliers. As a result of this agreement, the women’s line will benefit from Moret’s abilities for sourcing due to economies of scale. In addition, this agreement with Moret will result in expanded distribution opportunities that are available to large apparel companies such as Moret. We are quite familiar with the management of Moret and their strengths, as we granted our Canadian women’s apparel license to them earlier this year. This helped to make the decision to grant this license for US women’s apparel an easy one.”

Horowitz continued, “Distribution levels of Everlast women’s apparel will remain unchanged and will continue to be focused on department and specialty stores, mid-tier stores as well as sporting goods retailers. Further, this new US women’s apparel license complements our licensing agreement with FuDa for US women’s outerwear and wind wear. Also, our license with the famous Parisian designer and apparel retailer, agnes b, will continue to have its U.S. stores supplied with our goods from Europe.”

In order to facilitate a smooth transition and continued Everlast growth, Jacques Moret, Inc. has agreed to hire key sales, merchandising, and operating personnel previously employed by Everlast’s women’s apparel division. Orders already placed with Everlast for spring and summer women’s apparel will be fully shipped in joint efforts between Everlast and Jacques Moret, Inc. during the transition period. Customer satisfaction and avoidance of disruptions will be a top priority for both companies.

Joey Harary, president of Jacques Moret, Inc. stated, “We are extremely excited with our relationship with Everlast. We have every belief that we will be able to put the resources behind Everlast women’s apparel that will result in a significant expansion of shelf-space and an increase in Everlast’s brand equity.”

He continued, “Over the past four years, the management of Everlast Worldwide has taken the brand to new heights of consumer awareness through innovative marketing and merchandising programs. Their ability to execute one major brand exposure campaign after the other, through product placement in the critically-acclaimed movie Million Dollar Baby to the anticipated unscripted drama, The Contender, produced by Mark Burnett Productions and DreamWorks, has quite frankly amazed us.”

George Horowitz concluded by stating, “Licensing women’s apparel to Jacques Moret will allow Everlast management to focus its talents and efforts on our US men’s apparel, professional and retail boxing equipment and worldwide licensing businesses, which have achieved double digit growth rates during 2004. In addition, by streamlining our apparel businesses, we believe we will be able to identify and execute even more cost containment initiatives that will start to benefit Everlast’s operating results, commencing in 2005.” 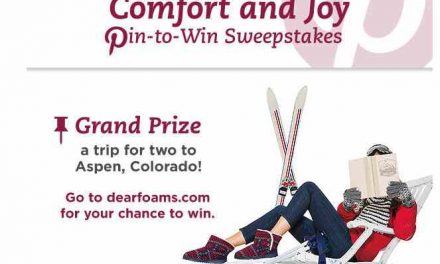