European companies clearly emerged as the leaders in North America’s nascent ebike market last week with a pair of announcements aimed at lowering barriers to entry for independent bike dealers.

Accell Group NV and Robert Bosch GmbH both said they are establishing support systems for North American eBike dealers this year. The announcements, which were made during the National Bicycle Dealer Association’s annual executive conference and at the nation’s largest bicycle festival, contrasted with the more tentative posture of many U.S. brands, which have been reluctant to bring eBikes they developed for the larger and more transit oriented European market to North America.

Accell North America (ANA) said it will launch an Electric Bicycle Competence Center (EBCC-NA) April 30, or about a month before dealers start selling its Haibike Xduro and Lapierre Overvolt mountain eBikes. The bikes are powered by Bosch’s latest, lightest and longest-lasting eBike drive system. The EBCC-NA will be run by Larry Pizzi, president of Currie Technologies, a Simi Valley, CA company acquired by Accell Group in 2012. Currie Technologies has distributed its own line of eFlow and iZIP urban and folding eBikes since 2002 and expects to ship the Haibike Xduro and Bosch powered iZIP urban bikes to dealers by Memorial Day.

Lapierre, an Accell brand based in France, announced last week that it will introduce two new Bosch powered mountain bikes in the United States in September. The Overvolt HT (hardtail) will retail at around $4,500, while the Overvolt FS (full-suspension) will sell at the $5,500 price point. Dealers and consumers alike got their first chance to see and ride the bikes at Sea Otter last week.

The year of the eBike
“This is the year of the eBike,” Pizzi told The B.O.S.S. Report in an interview at Bosch’s booth at the Subaru Sea Otter Classic bicycle festival Saturday. Pizzi said he and Accell Group Chairman René Takens began lobbying Accell’s board at Eurobike 2012 to launch their eBikes in North America in 2014. After visiting Interbike two weeks later, Accell executives still felt the North American market was not ready for eBikes and said they would move forward with plans to launch its eBikes next in mainland China. Pizzi and Takens persuaded Accell’s board to further their research and in February, 2013, the company sent a team to demo the company’s eBikes with U.S. dealers. Six months later, Accell’s board agreed to launch first in North America.

In addition to conducting eBike research, design and development, design engineering, software development and reliability testing for North America, Accell’s EBCC-NA will provide technical training and support, after-sale service and repair, spare parts distribution and lithium battery pack testing and services for Accell’s eBike dealers. ANA anticipates that web-based and call-center support for its eBike dealers and consumers will be ready a by Memorial Day.

“We believe in the long-term growth opportunity of electric bicycles in the North American market and we want our dealers positioned for success on the front end of that,” said Steve Meineke, CEO of ANA. “The aggressive investment in EBCC-NA will yield an unmatched support platform and service foundation for ANA dealers, while at the same time, the innovation found in our new eBike products from Raleigh, Lapierre and Diamondback will create strong consumer demand.”

“We know our pedelec drive systems will have a positive effect in the U.S.,” said Claudia Wasko, who recently moved from Germany to California to run Bosch eBike Systems in the United States. “We also know for that to take place, retailers need and expect to have eBike service support they can trust. Our partnership with Magura Direct creates the service infrastructure that will allow us to earn and gain that trust in Bosch both as a brand and in the OE partners using our drive systems.”

Getting IBDs on board
The Accell and Bosch initiatives seek to attract more IBDs, which Pizzi estimates account for less than 15 percent of eBike dealers in the United States. Most of the nearly 100,000 eBikes sold in the United States last year were sold through light electric vehicle, or LEV, dealers, which often also sell scooters and other motorized vehicles. While these dealers have done a good job marketing eBikes, they have a poor record for customer service and typically do not employ bike mechanics. As a result, many eBikes customers are wandering into IBDs within weeks of buying an eBike in search of helmets, apparel, hydration, lights and other accessories as well as advice on bike maintenance, trails, etc.

Yet many IBDs remain skeptical that eBikes are a viable business. Some are skeptical Americans will spend more than $1,500 for a nearly 50-pound bike. Others are reluctant to invest in the training and inventory needed to service electric motors, batteries and control systems only to have the automobile industry swoop in and take over the business in the next few years. Some core sports bike shops simply don’t consider eBikes legitimate bicycles. All this has made American bike companies reluctant to bring their eBikes to North America.
Even bike dealers who gush about the eBike experience remain skeptical.

“Ride one of these and it will put a smile on your face,” said Jeff Selzer, general manager for Palo Alto Bicycle. Selzer, who is 60, smiled as he described how his newest eBike can go for 150 miles between battery charges by using regenerative braking and cutting off the battery when it senses the rider is coasting.
“The problem is the landed cost of that bike is $6,000,” said Selzer, 60. “I can’t sell that.”

For this reason, several people expect eBike brands to focus early on fleet sales to resorts and niche markets, such as cargo bikes for congested urban neighborhoods.

Europe’s eBike boom
Lithium-ion powered eBikes made their debut in Europe in The Netherlands in the early 2000s as bike companies sought to keep 60+ cyclists from aging out of the industry. In recent years, however, the growth has come increasingly from young urban dwellers looking for a more affordable and healthier option to owning a car. Only in the last three years did Haibike introduce the world’s first mountain eBike.

“It’s an amazing trend to see product go from older to younger, and from leisure, urban and commuting to sporting,” said Claus Fleischer, Senior Vice President-eBike Systems for Robert Bosch, a $50-billion-a-year company that is investing in eBikes as part of a long-term strategy that anticipates greater use of LEVs. “Next we will see it going to the inner city.”

Today, there are more than 20,000 eBike dealers across Europe and revenues from higher priced eBike sales are offsetting the effects of a multi-year decline in conventional bike sales. In 2013, eBikes accounted for 15 percent of Europe’s bicycle sales, or 1.1 million units and Bosch thinks that could go as high as 25 percent, said Fleischer.  Fleischer said dealers who carry multiple eBike brands and cater to the market from a lifestyle perspective have peformed best in Europe.

Pizzi, who has been trying to penetrate the U.S. IBD channel with Currie’s eBikes since 2002, said the ASP for eBikes increased by about $400 to $2,500 in the United States last year, indicating Americans are willing to spend more money if they think they are getting a reliable form of transportation. He thinks the sweet spot for urban/commuter eBikes is in the $2,000 to $3,000 range and is among many who see that price rising as Americans get a taste of the mountain eBikes hitting the market this year.

Some of the country’s premier multi-door IBDs have begun carrying or aOgreed to add eBikes in recent years, including Erick’s, Mike’s Bikes, REI, Race Pace, Revolution Cycles, Spokes Inc and Wheel and Sprocket.

“Dealers are coming on now because the reliability has caught up with the design,” Pizzi said. “Bosch coming on has added a lot of legitimacy and Specialty entering the market has also helped.”

Specialized launched its rear-hub drive Turbo in 2012, but at $6,000 the hybrid eBike is more Tesla than Toyota. While Specialized showed a 2015 model of the Turbo at Sea Otter with a longer lasting battery and some electronic and components refinements, the company only allows its premier dealers to sell the bike. Trek does not advertise any of its four Bosch-powered eBikes on its U.S. site and has no plans to offer the Powerfly+ 29er eBike, which it introduced this year in Europe. Cannondale, which was one of the first US brands to partner with Bosch, does not offer any of the five eBikes its sells in Europe in North America. 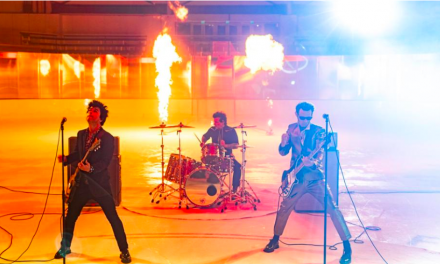