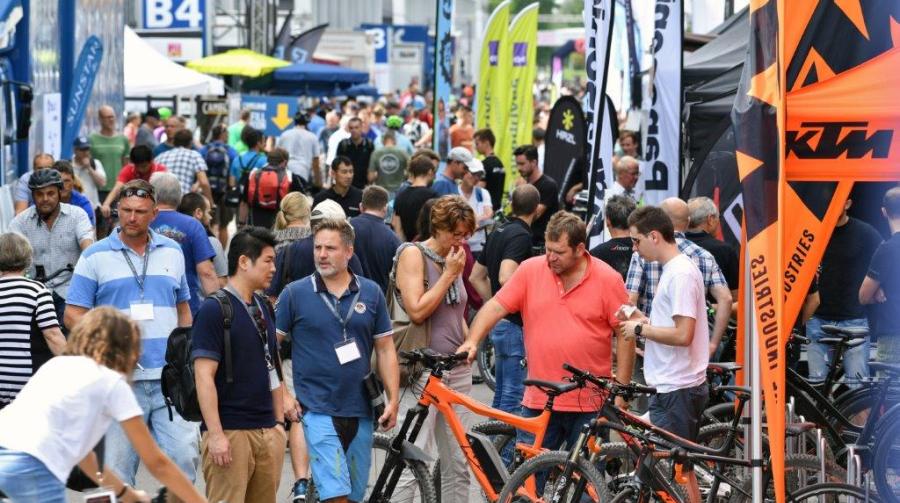 Eurobike will scale back in 2017 after an extended consumer show over the weekend disappointed exhibitors, show organizers announced.

Eurobike extended its Festival Days from one to two days this year to provide vendors, who are increasingly selling direct to consumer, more time to connect with consumers. To draw consumers, vendors made more than 3,000 bikes available for test rides and kept employees and athletes in town through Sunday to provide an extended offering of demos, clinics, races and excursions. Eurobike also sponsored several free concerts Saturday and Sunday.

“In the last decades, we have experienced an almost constant increase in our visitor numbers,” noted Eurobike Head Stefan Reising. “Now we have registered a decline for the first time, primarily among German trade visitors. The reasons for this range from how the season has gone so far, to increased competition from a growing number of events put on by manufacturers.

“We have received extensive feedback about our new concept and have spoken a lot with our customers about the future orientation and development of the show,” Reising continued. “One result of these discussions is that next year, the appeal to consumers will be concentrated on one Festival Day on Saturday. This means that Eurobike 2017 will take place from Wednesday, August 30 to Saturday, September 2, without the originally planned Sunday.”

Attendance at the trade show, which is held along Lake Constance in Friedrichshafen, Germany, reached 42,720 compared with 45,870 a year earlier. An additional 34,400 bike fans (2015: 20,730 fans) joined when the show opened its gates to the public over the weekend.

Approximately 1,350 vendors from around the world, including most of Europe’s leading cycling brands, exhibited at the 25th edition of the show. More than 1,700 media representatives from 41 countries were also in attendance.

SRAM Marketing Manager Tobias Erhard said he was very satisfied with the show due in part to a new location.

“We are also very satisfied with visitor traffic here at the stand,” Erhard said. “It has been full the entire time, and we have noticed strong demand for the Sram Eagle, our twelve-speed mountain bike drivetrain.”