The European Union on Tuesday extended punitive taxes on imports of Chinese and Vietnamese shoes. Ministers from the 27 EU nations “today adopted a regulation extending, by a further period of 15 months, the anti-dumping duty on imports into the EU of footwear with leather uppers originating in China and Vietnam,” a statement from the bloc's presidency said.

The move is designed to help southern EU producers compete against lower-cost footwear imported by companies such as Nike Inc., Puma and Adidas.

The extension of the duties on leather shoes is a compromise because a U.K.-led group of northern European nations opposed re-imposing the levies for the usual five-year period, according to Bloomberg.

The anti-dumping measures in the EU carry import duties of 16.5%levied on Chinese shoes with leather uppers and 10% on the same kind of shoes from Vietnam. The duties aim to counter below-cost — or ï¿½â¬ï¿½dumpedï¿½â¬ï¿½ — imports from China and Vietnam.

The EU goal is to curb competition for 8,000 European leather-footwear manufacturers, mainly small businesses in southern Europe. Four-fifths of the EUï¿½â¬ï¿½s leather shoes come from Italy, Portugal and Spain, where producers are in the process of becoming more competitive, according to the bloc.

European shoe manufacturers are ï¿½â¬ï¿½adapting their business models to the challenges of the globalized market,ï¿½â¬ï¿½ the 27- nation EU said in a decision today in Brussels. ï¿½â¬ï¿½Should measures be maintained, they will serve as an additional safety net and allow for more time to continue this process.ï¿½â¬ï¿½

The extension of anti-dumping duties, first introduced more than three years ago and contested by Beijing, was rubber-stamped without debate by European environment ministers meeting in Brussels.

In a statement, the European Footwear Alliance, which speaks for brands including Diesel, ECCO, Levi's, Timberland, Merrell, Rockport and Hush Puppies, said the decision “lays to rest any lingering notion that the European Union still intends to fight protectionism.”

It said the EU's “opaque trade policy will result in payment of anti-dumping duties well in excess of one billion euros (1.43 billion dollars) for European footwear businesses, which will ultimately be paid for by EU consumers.”

Figures from the European Commission show that Chinese and Vietnamese shoes make up 30 percent of the EU footwear market.

China earlier this month expressed its “strong dissatisfaction” with the levy, which it said was “inconsistent with World Trade Organisation rules and unfair and untransparent.” 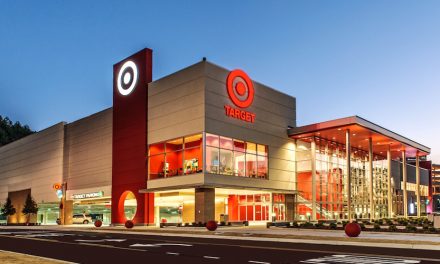