After seeing reports from the NOAA about higher than normal, El Nino-fueled snowfall for the 2009-10 snow sports season, many in the industry saw a silver lining in the cloud of economic recession that has wreaked havoc on the ski and snowboard industries for the last year.  However, the snow sports industry has traditionally been more dependent on weather than on macro-economic trends, so this coming season could be stronger than many analysts expect.


In fact, many ski resorts are already opening and for several this year marks a record early opening. In Colorado, Loveland was the first resort to open, firing up the lifts on October 7. Arapahoe Basin was soon to follow, opening on October 9  two days behind schedule because they actually had to dig out some of their chair lift towers.  Vail said that it plans to open in the next 45 days.
The Las Vegas Ski & Snowboard Resort, located about 45 minutes from Las Vegas, opened limited terrain for the 2009-10 season on October 7 as well. It's the resort's earliest season opening ever.
In California, the Boreal ski mountain celebrated the earliest opening in the resort's history on Friday, October 9. The previous record was set at Boreal on October 11, 2000. The Friday opening will be the first in California for the 2009-1010 season. Some larger resort areas are also seeing early snowfall. The Ski Lake Tahoe resorts welcomed the first significant early season snowfall on October 3 and 4, helping kick start winter preparations and also set the stage for what is predicted to be an epic snow season in the Sierra Nevada.
These early openings should help to re-energize consumers and will hopefully bring an earlier start to the ski retail season.
>>> Everyone has their fingers crossed that the weather will trump the economy… 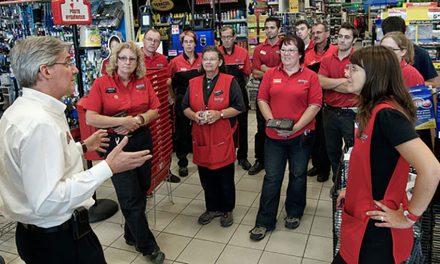