Duluth Holdings Inc. (Nasdaq:DLTH) had no trouble driving traffic in the fiscal second quarter ended July 31, thanks to continued heavy spending on television and digital advertising.

The casual and work wear brand reported net sales increased 27.4 percent to $65.8 million compared with the year-ago quarter. The increase was driven by 24.2 percent growth online and 43.8 percent growth at its retail outlets. The direct marketer, which does business as Duluth Trading Co., reported growth across virtually all product categories.

“Customers continued to respond positively to the company’s national advertising and digital marketing campaigns, which drove an increase in website visits and increased sales through the company’s call center compared to the prior-year second quarter,” the Belleville, WI retailer reported.

The increase in retail net sales was primarily attributable to the opening of two new retail stores during the second quarter of fiscal 2016, along with the opening of a retail store and outlet store in the prior-year third and fourth quarters.

“This quarter we opened two new stores in LaCrosse, Wisconsin and Omaha, Nebraska, and both stores are exceeding our initial sales expectations,” said Stephanie Pugliese, CEO of Duluth Trading. “In the third quarter, we are entering the Chicago metro area with our first build-to-suit store in Hoffman Estates, which opened in August, and our second location in Downers Grove, Illinois. Grand openings will be held for both stores in mid-September.”

Gross profit increased 27.8 percent to $38.9 million, or 59.1 percent of net sales, up 20 basis points from the year-earlier period. Improved initial product costs due to increased volume and a product mix shift to higher-margin products, coupled with strategic management of promotions, drove the increase.

Selling, general and administrative expenses increased 33.3 percent to $32.9 million, or 50.0 percent, up 220 basis points. As a percentage of net sales, advertising and marketing costs increased 160 basis points to 20.8 percent, compared to 19.2 percent in the corresponding prior-year period, primarily due to higher television advertising expense related to the women’s advertising campaign, which was partially offset by a decrease in catalog costs, primarily due to the company’s planned decrease in catalog spend as a percentage of sales.

As a percentage of net sales, selling expense increased 40 basis points to 13.1 percent, compared to 12.7 percent in the corresponding prior-year period, primarily due to an increase in customer service attributable to the growth in retail and a slight increase in distribution costs, due to the use of two third-party logistics providers (3PLs).

As a percentage of net sales, general and administrative expenses increased 20 basis points to 16.1 percent, compared to 15.9 percent in the corresponding prior-year period, primarily due to increased rent expense and related store opening costs as a result of growth in retail stores, coupled with an increase in depreciation expense due to capital investments, which was partially offset by decreases in personnel costs and professional fees, as a percentage of net sales, due to higher net sales.

Adjusted EBITDA was $7.5 million, or 11.3 percent of net sales, compared to $6.6 million, or 12.7 percent of net sales, in the prior-year period. Duluth Trading defines adjusted EBITDA as consolidated net income (loss) before depreciation and amortization, interest expense and provision for income taxes adjusted for the impact of certain items, including non-cash and other items.

The company confirmed its guidance for the full fiscal year.

“Regarding store openings for the remainder of 2016, we are anticipating a busy fourth quarter. As previously announced, we signed leases in Independence, Missouri and King of Prussia, Pennsylvania last quarter, and we now expect that both of these stores will open in the fourth quarter,” said Pugliese. “We also recently signed a lease in Manassas, Virginia, a suburb of Washington D.C., and plan to open that store during the fourth quarter. King of Prussia and Manassas will be strong points of entry into the Eastern market, where we have our single largest customer concentration. We are extremely excited about our new retail store openings in the second half of fiscal 2016, and we look forward to bringing the unique Duluth retail experience to our fans in these regions.” 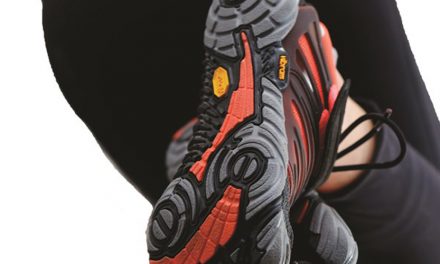 National Golf Rounds Played Up In May