Going back to his days at baselayer brands Duofold and I/O Bio, Robert Bernthal always thought the wool supply chain was “clumsy and volatile.” The natural fiber from sheep was sourced from around the world, washed and processed in one country, spun and knit in another, before being made into a final product, almost always, in China. From start to finish, the wool likely racked up 20,000 frequent-flyer miles, he said.

Flash forward to 2013 and Bernthal (who goes by “Bernie”) was living in Bozeman, MT. There he met local rancher John Helle, who had a herd of 10,000 Rambouillet sheep and was equally disillusioned with the industry. Most of his wool was going to brokers and being sold around the world, ending up who knows where.

The two men went skiing, “and three chairlift rides later, we formed Duckworth,” Bernthal said. The idea was to use Helle’s sheep for a new Made in the USA wool performance apparel brand — one where the company would know where every fiber came from and could track it throughout the entire process. They added the expertise of Graham Stewart, who Bernthal had worked with at Duofold, to build out their vision.

Montana is the perfect home. While the state has seen its ranched sheep population decline from 6 million to 200,000 over the past century, it still boasts the last remaining wool lab in the country at the University of Montana, where Bernthal and Helle set out to study the U.S. wool.

They found it could be as soft and fine as New Zealand and Australian wool, but also had unique properties such as more crimp that gave it greater loft and stretch thanks to the state’s plentiful sun and both hot and cold temperatures. That varies from year-to-year, Bernthal said, “so it’s like a fine wine.”Duckworth set up shop in Bozeman and now employs eight people, plus 10 at the ranch.

The next step was finding and setting up a production process that could keep the wool within the U.S., which wasn’t easy, Bernthal said, but now the wool travels a couple thousand miles instead of tens of thousands. After being sheered at Helle’s ranch in Montana, Duckworth’s wool is sent to the Carolinas where its degreased, combed and blended (if there’s another fiber being added). It then stays in the Southeast or travels to the Northeast, where it is spun and knit, before returning to North Carolina to be dried, finished, cut and sewn.

“It’s a much more compact process, but still relies on a lot of different contractors,” Bernthal said. “We prefer to use all the specialists.”

In the middle of that process, Duckworth notably came up with a chemical-free process to descale and clean the wool, which is part of what makes fine wool less itchy. Typically, chlorine is used, which isn’t very environmental friendly as it releases toxins and produces a lot of wastewater. “We do it mechanically,” Bernthal said, “so there are no chemicals.”

Duckworth offers specialty retailers and consumers an array of wool baselayers, midlayers, accessories and lifestyle apparel, but knew it had to distinguish itself in an increasingly crowded performance wool category. “We’re not just about being U.S. made, we’re about making the best product in the world,” Bernthal said.

Some of the more unique highlights include a waffle-knit wool layer, such as in its Polaris Hoody, $120; and its blending of the wool with another natural U.S.-sourced material, tree pulp, or cellulose, to create a “cooler wool” that better wicks moisture, such as in its Vapor Hoody, $95. This year, it also debuts its WoolCloud insulation – secondary wool fibers (that are too harsh for next-to-skin applications) – that can be encapsulated like down for an effective insulation fill and found in its WoolCloud Full-Zip Hoody Jacket, $275.

Duckworth currently sells its product to about 80 specialty retailers, mostly in the United States, but also in Europe and Japan, and does direct-to-consumer online.

Made in the USA Hurdles

Manufacturing in the U.S. hasn’t come without its challenges, and there’s much that needs to change for more outdoor brands to join the trend, Bernthal said. There are skilled workers here, Bernthal noted, just not enough of them and it’s next to impossible to compete against the cheap labor in Asia.

“Where the U.S. labor force really needs to catch up is with its skills in technical sewing,” he said. There are skilled workers here, Bernthal noted, just not enough of them and it’s next to impossible to compete against the cheap labor in Asia. The knowledge base in the U.S. Southeast is aging, he added.

To grow Made in the USA, the industry will need to invest in educating and promoting younger generations to pick up end-stage processing skills.

“Come on guys, let’s back it up,” Bernthal said. “In the U.S. it tends to be every man for himself, except for the American Wool Council. Even at Outdoor Retailer, you have to pay $1,500 to be in the Made in the USA Showcase. We need to support it, not be charged for it.”

Despite the challenges, Bernthal said the product is selling well, especially in outdoor-urban areas where consumers are placing greater importance on where their apparel comes from. “It’s the most satisfying project I’ve worked on in 30 years in the industry,” he said. 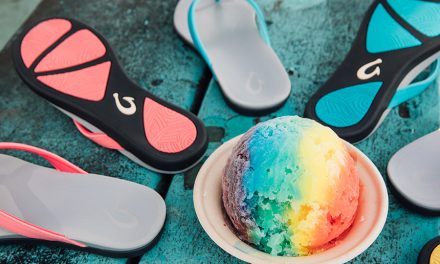 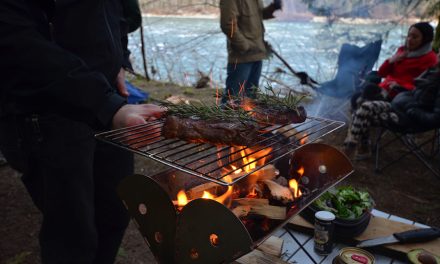 Gourmet On The Go