DSG Global To Bring Blockchain To The Golf Industry

DSG Global Inc. announced that it has taken initial steps to move in the direction of exploring potential use cases that it has identified for blockchain and its related technologies to be applied to the golf industry.

Blockchain and its related technologies are gaining momentum to radically change the current business landscape. It was recently reported that IBM and a network of banks have begun using digital currency and blockchain software through the Stellar platform to move money across borders throughout the South Pacific. The Germany-based IOTA foundation, which is developing a system using DAG (directed acyclic graph), announced that Microsoft, Fujitsu and 20 more companies participated in their first publicly accessible data marketplace for the Internet of Things.

“Blockchain will definitely change the golf industry, and DSG plans to play a leading role to bring this change to fruition. I believe this technology will revitalize the golf industry. It can build a new bridge between golf and the millennials and raise new enthusiasm for the sport. It can release tremendous value that is currently untapped, “stated Robert Silzer, CEO of DSG Global, Inc.

DSG Global’s founder, Bob Silzer, and company were involved in bringing cutting edge technology to the golf industry, with the innovation of the GPS TAG fleet management systems more than a decade ago, and they are now seeing the need to move forward and embrace blockchain and its related technologies.

“We anticipate that our ability to utilize blockchain and its related technologies not only represents the company’s commitment to implementing new technologies in all aspects of its business, but reflects managements and the Board’s desire to open up potential, additional growth opportunities for the company,” stated Silzer.

The company plans to release a road map in the second quarter on its blockchain initiative and welcomes comments from the golf industry and the golf community, as well as the cryptocurrency community. 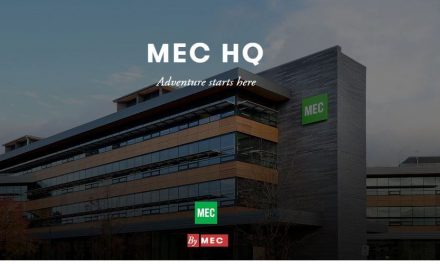 Online Holiday Spending up 12% Through Dec. 19