“Hana has a track record of successfully operating golf entertainment venues and extensive knowledge of the industry,” said Wes Edens, chairman of the company’s Board of Directors. “I am confident that she is the right person to lead our expansion and execute the strategic priorities of this business.”

Additionally, the company announced a new venue format referred to as the “Urban Box.” This smaller, indoor store is designed for dense, urban locations and will expand U.S. store potential by over 100 markets. The indoor concept is set to debut alongside Drive Shack’s mid-size venue in 2020.

The company also announced that during the second quarter it completed the sale of two public golf properties in New Jersey and California and two private golf properties in Tennessee and Washington for total gross proceeds of approximately $20 million.

For the three months ended June 30, 2019, the publicly-held company reported a loss of $14 million, or  21 cents a share, compared to a loss of $6 million, or 9 cents, in the corresponding period of the prior year. The difference is primarily related to the amount of decreased operating results associated with the sale of traditional golf properties. 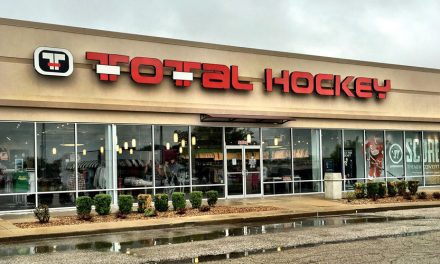