Inspiration often comes from a few sources. In Doug Gordon’s case,it was a life-changing event, long-simmering frustration,and a small joke.

On February 15, Doug Gordon, a sporting goods industry veteran, set off from a beach at Charleston, SC for a cross-country ride to promote getting daily physical education (P.E.) back into all U.S. schools. Supported by his wife, Shari, and their three-year old golden doodle, Chase, in a rented RV, Gordon, 61, hopes to reach the Pacific Ocean near San Diego by mid-April.

To draw attention to the need for daily P.E. in all U.S. schools and to raise funds for PHIT America’s GO! Grants program (which helps fund elementary school P.E. programs), Gordon is challenging other industry leaders to do their part by supporting his fundraising effort. Companies and fellow executives can financially support Gordon’s journey in one of three ways:

• Log onto ridedougride.org and pledge a lump sum;
• Pledge a certain amount per mile; or
• Give directly to PHIT America.

“I owe everything I have and who I am to this industry and the dedication to fitness it represents,” Gordon told SGB. “And I also know firsthand how important being active is to America. So I just thought to not do everything I can to get the word out would be totally irresponsible.”

Like many audacious sports quests, Gordon’s plunge to commit to the 2,678 mile, coast-to-coast journey required a few motivational steps.

The first was his exit in late January from Speedo, where he had been vice president of sales for 14 years. His departure was partly prompted by PVH Corp.’s acquisition of The Warnaco Group, the parent of Speedo, in February 2013. Gordon wound up renting an apartment to be close to Speedo’s Los Angeles headquarters but ultimately wanted to be closer to his home in Mt. Pleasant, SC. He also started itching to try something new after his long stay at Speedo.

“I really enjoyed working for Speedo and they’re doing great things, but I came to a point in my career where I started thinking about what other opportunities were out there,” Gordon said.

The small joke was one Gordon had been sharing with Speedo USA President Jim Gerson as he was contemplating his departure. As the months to his exit were winding down, Gerson would joke, “When you’re done, you’re just going to take your ball and go home.” Gordon eventually answered back, “Maybe I’ll take my bicycle and ride home.”

That mushroomed into a bigger idea of organizing a charity ride to support PHIT and directly addressed Gordon’s long frustration around the inactivity levels of Americans.

Gordon had been actively involved in supporting “Get Speedo Fit,” which promotes swimming as a more effective way to exercise when compared to other activities like going to the gym, running, or playing sport to keep fit.

He also long attended board meetings and leadership conferences over the year to gain a deep understanding of the importance of getting
kids involved in sports at an early age. According to the Physical Activity Council, Americans who participate in P.E. in school remain active years later, twice as active as those who did not.

He long heard of the continued declines in team participation, cuts in P.E. and recess, troubling obesity rates and sluggish overall activity levels. Although he understands many of the causes, Gordon still felt the benefits of fitness and playing sports weren’t being fully heard. Well beyond just improving one’s health, the benefits include building character and confidence, learning about teamwork, and even improving academic performance for students.

Moreover, the situation only appears to be getting worse.

“This is just about being active,” Gordon said. “Studies find that this may be the first generation that may not live as long as their parents and that’s just shocking to me with all the advances in medication.” Gordon added he had become frustrated over the years that even though everyone he would talk to felt supporting of the PHIT Act was a “no brainer,” the legislation continually faced hurdles.

“Everyone agrees but it just wasn’t happening fast enough for me,” he said. “So I just felt that if I can show I can do this cross-country trek at 61, anyone can do it. If I ride 68 miles in one day, maybe it would inspire you to be active for 68 minutes. Just get people moving, walking etc. Again my goal is just to get people active and where it goes from there is up to each individual.”

Although he had long been active, Gordon picked up the pace over the last two years in the gym and elsewhere and also started biking and taking spinning classes. Said Gordon, “Biking came naturally to me and I felt stronger afterwards.”

The cross-country trek turned out to be more complicated than Gordon thought. An initial plan to head from west to east was scuttled by treacherous weather patterns linked to El Niño. Gordon hunted to secure maps documenting bike-friendly routes across states by others who had attempted the trek. Beyond helping him navigate the safest routes, the maps also prepare Doug for major hills, or any other grueling parts of the trip, including the likelihood of being chased by dogs.

In just his first week, a number of dogs and even one rooster had tried to chase him. He dealt with a tornado, brutal rain, a toppled tree blocking the road, a cracked smartphone, and fairly steady strong wind gusts in the early days. He joked, “I definitely now know why planes travel faster heading west to east!”

Depending on the weather conditions, Gordon is hoping to ride 70 to 85 miles a day. The day starts at 6 a.m. and ends at around 4 p.m. to avoid cycling at dusk. A few pit stops for food and media visits are squeezed in. Said Gordon, “It’s Forrest Gump – with ‘Run Forest Run” becoming ridedougride.org – meets the Griswolds with the RV trek across America with the wife and dog.”

In contact via walkie-talkie, Gordon said his wife has already had to rescue him in a few situations, including two flat tires in one day. He added, “I’m sure my wife would have rather have gone to an island after I left the job instead of accompanying her husband riding his bike across the country, but she’s been awesome.”

Often, his days include stops with the local media to get out the word. News stories have run in the local ABC affiliate (WCIV) in his hometown in Charleston. There have also been newspaper reports in the state of Indiana about this trip because Gordon played college football for Indiana University for four years in the early 1970s. He’s also been a guest on the Dan Dakich Show on 1070 AM in Indianapolis, as well as two television stations in Macon, GA.

A couple of his college buddies from Indiana University will ride with him in Colorado and Texas. Football legend Herschel Walker, who will be attending National Health Through Fitness Day in mid-March in support of the PHIT Act, will eventually join Gordon for part of his ride in Texas as well. Added Gordon, “They’ll be other surprise guests and we’re trying to get some others to join us.”

Gordon said he still may “call in some favors” among his friends in the industry to support the charity ride. To date, 19 individuals and/or companies, including Modell’s Sporting Goods, have agreed to support Gordon’s efforts with a per mile pledge. Garmin, Trek, Under Armour, and Louis Garneau have donated gear.

“Doug practices what he preaches as much as anyone I know,” says Tom Cove, SFIA’s president and CEO. “He’s attended National Health Through Fitness Day on Capitol Hill for 10 straight years and has always been a huge advocate for daily P.E. Now, he is literally taking this message ‘to the streets.’ I hope his friends, colleagues and peers in the industry will get behind him in this effort.”

“At least 75 percent of all funds received for PHIT America from this bike ride will be used to fund more PHIT America GO! Grants,” adds PHIT America Founder Jim Baugh. “We are jump-starting more activity for school children through school-based P.E. program grants. With GO! Grants, we are developing more PHIT Kids, who are healthier and smarter.”

Gordon said he’s spending time on the bike plotting his next career move. With all the divisiveness that seems prevalent around the country in an election year, however, he’s already more encouraged about his goal to get people active based on his early experiences on the road.

“I’ve met some really great people so far,” says Gordon. “Once people hear my story they’re like, “How can I help?’ It’s been overwhelming.”
Follow Doug’s journey at ridedougride.org. 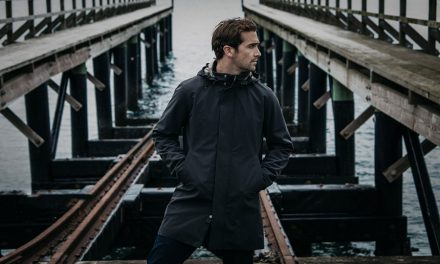 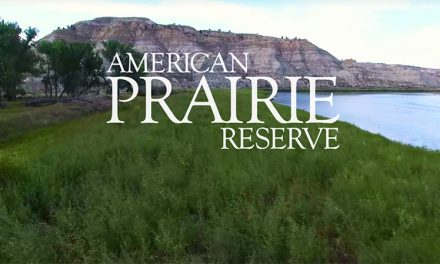