Sales of Cannondale, Schwinn, GT and other bicycles declined by $3.5 million, or 1.7 percent in the fourth quarter ended Dec. 31, 2011 at Dorel Industries Recreational/Leisure Segment due largely to a shift in the timing of new year models.


In the mass market channel, sales declined in the low single digits. In the IBD channel, sales were down less than 1 percent year-over-year as there was a shift of some orders from the fourth quarter to the preceding third quarter. Despite the revenue decline, gross margin dollars were consistent with the prior year. Operating profit for the quarter increased by US$1.0 million as operating expenses were lower in 2011, mostly due to the timing of a promotional campaign in the fourth quarter of 2010 that did not re-occur in 2011.
“In Recreational / Leisure, a shift in the timing of the introduction of new model year bikes meant sales for the quarter were down slightly versus last year, but this business remains very solid in both the independent bicycle dealer (IBD) and mass market channels,” said Dorel CEO and President, Martin Schwartz.
For the full year, revenue increased 11.2 percent to $861.8 million, due mainly to a sales improvement of over 25 percent in the IBD distribution channel. This growth was driven by new products that were exceptionally well received by the market place. Sales also benefited from strong marketing, improvements in supply chain and distribution, and enhanced dealer support.
At Cycling Sports Group (CSG), which caters to the IBD channel, sales were up in all markets, with most of the growth outside North America, which comprises over 50 percent of CSG revenue. Sales of Pacific Cycle products, which sells to the mass merchant and sporting goods channels, were relatively flat with the prior year.
“A clear indication of the success of our R&D efforts was the recognition by “Tour”, a prestigious German bicycle trade magazine, of the Cannondale Super Six Evo Ultimate, said Schwartz. “It was awarded the top score in a review of “The Best Road Bikes in the World over the Past Ten Years”. This is the first time this magazine has given this award which was based on ten years of reviews of over 2000 bikes.”
Supporting the revenue and gross margin dollar increase in the year was enhanced spending in selling and marketing and as a result, selling expenses increased in the year. Despite the increase, both selling and general and administrative expenses declined in 2011 by a combined 30 basis points. Earnings were also affected by a decline in profitability of approximately $3 million at the segment's apparel division which markets the SUGOI brand. The decrease was due mainly to a write-down of excess inventory from prior model years and costs of $1.8 million related to the strategic decision to outsource the “custom manufacturing” business to a third party.
Dorel Industries – Recreational/Leisure Segment 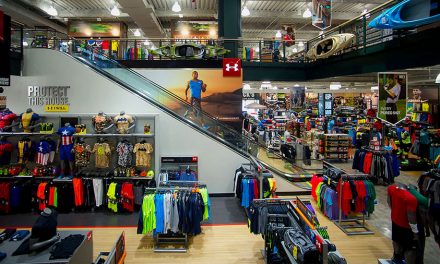