Dorel Industries Inc. named a director to take over its rapidly growing Recreational/Leisure segment, which includes its massive bicycle holdings, as part of a major restructuring of senior management.

Robert P. Baird, Jr. has been hired as President of Dorel's fast growing Recreational/Leisure segment. Mr. Baird has served in senior executive
positions in the U.S. at Philips Electronics. In his most recent position with Philips, he was the Transformation Leader for combining the Consumer Electronics and Domestic Appliance businesses into the new Consumer Lifestyle Sector. He has extensive experience in the Consumer Goods Industry across multiple companies including Samsonite, Scott Paper, Bristol Myers and Procter & Gamble. Mr. Baird holds an MBA degree from the J.L. Kellogg School at Northwestern University and a B.A. in Economics from St. Lawrence University.
Baird will relinquish his seat on Dorel's Board of Directors and a new
independent Director will be named to replace him.

The move comes as Dorel sets its eyes on displacing Specialized and Trek as the dominant vendor to independent bicycle dealers. Those ambitions have set off a war of words between Specialized Founder Mike Sinyard and Jeff Frehner, head of Dorel's recently formed Cannondale Sports Group, which is focusing on selling to the IBD channel.

Before acquiring Cannondale earlier this year, Dorel was already one of th world's largest bicycle companies through its Pacific Cycle operation, which sells lower end bikes through the mass merchant and discount channels.

“Pacific has a proven track record of acquiring once-great brands like GT and Schwinn, who owed much of their success to local bike shops, and then harvesting that value in other channels, including mail-order and mass merchants like Wal-Mart,” Sinyard wrote in an editorial published by Bicycle Retailers & Industry News in early March. “It's just part of their business model. I believe if dealers continue to sell and promote Cannondale, they are strengthening this mass-market conglomerate and eroding the specialty retail channel.”

At Dorel's annual shareholder meeting this week, Dorel's CEO Martin Schwartz countered industry skepticsim by announcing Cannondale had extended its sponsorship of Italty's Liquigas Pro Cycling Team by two years.
“This announcement in motivation for our employees worldwide to deliver on this promise,” Schwartz said.

Dorel also named new a senior executive to run its Juvenile segment, the world's largest maker of children's car seats, and said it would name a new executive to head its Home Furnishings segments in the near future. Dorel President and CEO Martin Schwartz's said the restructuring was an effort to optimize global oppotunities.

Camillo Lisio, who has been with Dorel since 2004, becomes President of Dorel Juvenile worldwide. Juvenile is Dorel's largest segment, with revenue of close to $1 billion and earnings from operations exceeding $100 million in fiscal 2007. Mr. Lisio will also oversee the company's Shared Services, including Dorel China, Global Procurement and Distribution Platforms. Hani Basile has been named Chief Operating Officer of the Juvenile segment. Schwartz said he expects to name a new president for Dorel's Home Furnishing segment soon.

“
These are exciting times for Dorel,” Schwartz said . “Each of these executives will focus strictly on their respective segments to ensure smooth and efficient operations as well as to identify new product lines, new territories, and other opportunities.  This sets the stage for a new important chapter in Dorel's evolution.” 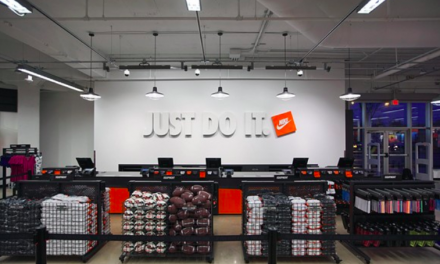