Dillard’s Q1 Sales Cut In Half 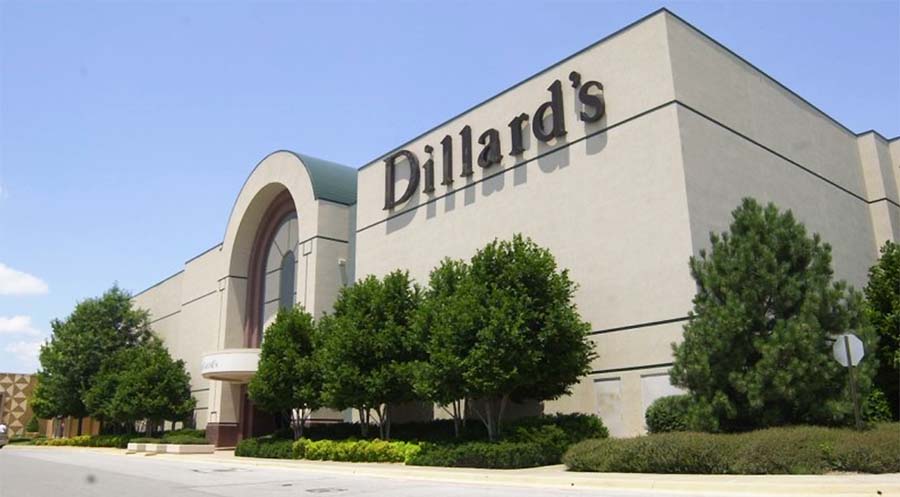 Dillard’s Inc. reported first-quarter sales decreased 47 percent to $786.7 million from $1.5 billion in the year-ago quarter. The company reported no comparable store sales data for the quarter ended May 2 due to the temporary closure of its brick & mortar stores as well as the interdependence between in-store and online sales.

Dillard’s CEO William T. Dillard II said: “COVID-19 has impacted every aspect of our business. The mall business in general and department stores, specifically, have been particularly hard hit. While our balance sheet was already strong, we took decisive, sometimes difficult, actions to preserve liquidity and ensure our long-term viability. As we reopen stores, we see positive things happening. We believe people are ready to get out and shop. We are hoping this is the start of better times.”

Dillard’s is committed to providing a high level of safety standards for customers and associates and has changed its operating procedures to meet and exceed such standards.

While management is making no assumptions of future performance based upon only nine days of data, the 45 stores that opened on May 5 have produced sales of approximately 56 percent of last year’s performance while operating at reduced hours.

The company is monitoring its remaining markets for easing of restrictions and will reopen those locations as soon as possible.

Associate Update
As locations began to close under government mandate in mid-March, the company continued to pay its associates in closed locations for a period of time. On March 27, the company began furloughing associates in closed locations. Furlough actions were implemented in certain corporate and support facility functions as well. At the peak of store closures, approximately 90 percent of Dillard’s 38,000 associates were furloughed. Dillard’s has continued to provide certain benefits to its furloughed associates. The vast majority of associates invited back to Dillard’s as stores reopen have returned. Currently, approximately 65 percent of Dillard’s associates remain on furlough.

Dillard’s has worked to educate furloughed associates regarding the benefits available to them under the CARES Act as well as other assistance programs. The company has utilized various government programs that provide flexibility for both employers and employees in light of rapidly changing workforce needs. These programs include employee retention credits and shared work programs. Shared work programs allow employers to reduce payroll costs without layoffs by cutting the number of hours employees work each week. Employees are allowed to continue to receive enhanced unemployment benefits as a replacement for their reduced wages.

Beginning in early April, Dillard’s Chief Executive Officer chose to forego his salary. On April 17th, the company executed a temporary 20 percent salary reduction for all salaried associates. The reduction is currently still in effect with an expected duration through the payroll period ended May 30th. The company may consider an extension of the salary reduction based upon financial conditions.

Liquidity
On April 30, 2020, as previously disclosed, the company entered into an amendment of its $800 million senior unsecured revolving credit facility consistent with its liquidity needs. The amended credit facility is secured by inventory of certain subsidiaries. A $200 million expansion option remains in place, and the maturity date remains August 9, 2022. There are no financial covenant requirements under the amended credit agreement, provided that availability exceeds $100 million and no event of default occurs and is continuing.

Concurrent with the signing of the amended credit facility, the company repaid the $779 million borrowed on March 25, 2020 under the previous agreement.

The company took a number of actions to enhance liquidity during the first quarter as the pandemic progressed, including the following:

First Quarter Results
Dillard’s reported a net loss for the 13 weeks ended May 2, 2020 of $162.0 million, or $6.94 per share, compared to net income of $78.6 million, or $2.99 per share, for the prior-year first quarter. The company expects to be in a net operating loss position for the fiscal year. The CARES Act, signed into law on March 27, 2020, allows for net operating loss carryback to years in which the tax rate was 35 percent. Included in net loss for the 13 weeks is a net tax benefit related to this provision.

Gross Margin/Inventory
As the pandemic progressed, reduced consumer demand combined with mandatory store closures necessitated extraordinary measures to address excess inventory. The company began aggressively discounting merchandise to clear product beginning March 24th by offering an additional 40 percent off permanently marked down merchandise through April 1st. This was immediately followed by an additional 50 percent off permanently marked down merchandise which was in effect most of April and extended through May 12th. Utilizing the ship-from-store capabilities of dillards.com, the company was able to generate sales from closed store locations where allowed. In part as a result of these actions, inventory at May 2, 2020 decreased 14 percent compared to May 4, 2019.

Share Repurchase
During the 13 weeks ended May 2, 2020, the company purchased $61.8 million (approximately 1.0 million shares) of Class A Common Stock under its $500 million share repurchase program. The company temporarily suspended share repurchases on March 12th to preserve liquidity as the pandemic progressed. As of May 2, 2020, authorization of $206.9 million remained under the program. Total shares outstanding (Class A and Class B Common Stock) at May 2, 2020 and May 4, 2019 were 23.2 million and 26.1 million, respectively.

Store Information
The company maintains 255 Dillard’s locations and 30 clearance centers spanning 29 states and an Internet store at dillards.com. To date, the company has reopened 149 locations.