Dicks Sporting Goods came out of the gate running for the start of the 2005 fiscal year, exceeding internal projections for net income as well as analysts expectations. DKS had issued guidance in March that estimated earnings in the 15 cents to 17 cents per share range. Still DKS shares declined 8.6% for the week on Q2 guidance that fell short of Wall Street estimates.

Much of the increase in top and bottom line results for the quarter was due to a relatively large boost from the Pittsburgh Steelers Super Bowl victory in February. Increased sales of licensed Steelers product had a noticeable impact on 20 of Dicks Sporting Goods 264 stores and contributed a full two percentage points to the retailers 6.5% comp-sales increase.

While the Steelers provided a considerable up-side during the quarter, sales were also driven by athletic apparel, baseball, and a number of the outdoor categories and outerwear. The golf and the tackle businesses also “comped very, very nicely.” Dicks SG took some earlier deliveries this year, bringing inventories up compared to its average run-rate. However, these early deliveries were used to set up spring departments early which helped drive the comp-store sales.

Apparel sales continue to be driven by technical performance product from Nike and Under Armour. DKS expects to see a greater impact in the back half from the outdoor apparel category as sales of TNF merchandise ramp up.

In footwear the company is modifying its presentation inside its current footprint due to the fact that they have become more aggressive in some categories of footwear, such as flip-flops and sandals. Running silhouettes continue to drive footwear sales, particularly Nike, New Balance, and Asics.

The outdoor business continues to produce positive comp-store sales gains as a result of the remerchandising effort started almost two years ago. Management said that they are “very pleased with these results” considering the competitive environment in this category.

Average selling prices continue to move up in mens and cleated, but the women’s business is “slightly off” from an average ticket price, due primarily to that consumers shift to more flip-flops and sandals and away from athletic footwear.

Private label sales accounted for 12.5% of sales in the first quarter of 2006, versus 10.1% out of Dick’s and Galyan’s combined basis last year. The increase came from programs in both hardgoods and soft goods and helped improve gross margins.

Overall, the average ticket was up 2% for the period and traffic saw a 4.5% gain.

In April, DKS completed the conversion to a new warehouse management system at their Pittsburgh distribution center and now, both of the companys DCs are operating on the same warehouse management system. The expansion of the Indianapolis DC is continuing on plan and should be operational by February of 2007. The company expects that improved inventory controls will improve margins going forward as markdowns are reduced.

When comparing Q1 to the prior year quarter on a pro forma basis, net income increased 30% from net income of $8.8 million, or 16 cents per share, in the prior year period when adjusting for six cents of stock option expense per share as if DKS expensed stock options last year as well, and excludes merger integration and store closing costs.

For the year, Dicks Sporting Goods increased earnings guidance from a range of $1.77 to $1.81 per share up to a range of $1.81 – $1.85 per share. Comp store sales guidance is unchanged at an increase of approximately 3% for the year. 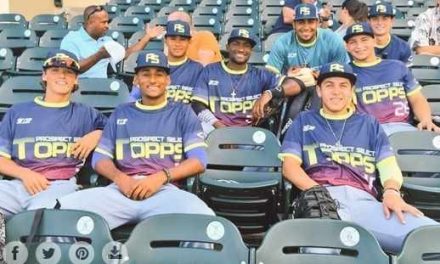