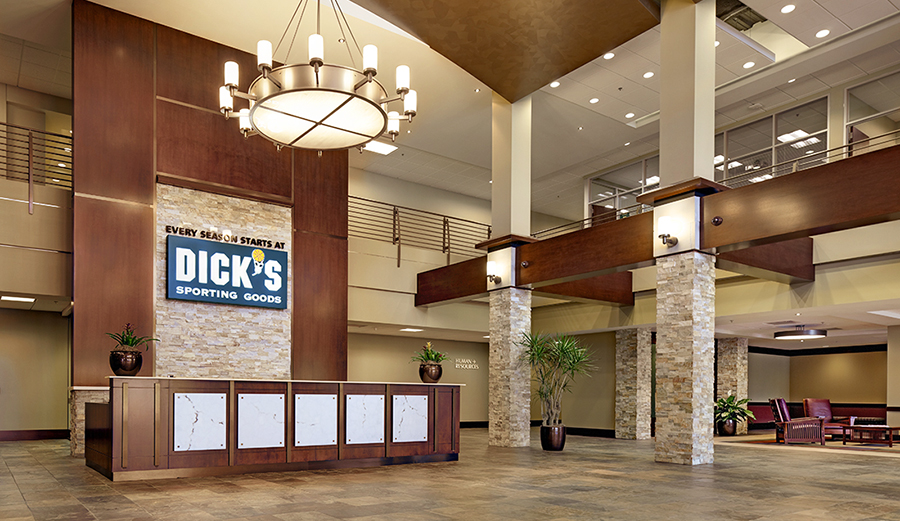 Dick’s Sporting Goods, in a regulatory filing, announced the temporary reductions in the base salaries of certain executive officers in response to the current business environment as impacted by COVID-19. The retailer also said it’s embarking on a “significantly reduction” in expenses and planned inventory receipts, reducing planned capital expenditures, temporarily suspending its share buybacks and evaluating its dividend program.

In the filing with the Securities & Exchange Commission, Dick’s said that in response to the current business environment as impacted by COVID-19, the company is taking several precautionary measures and appropriately adjusting its operational needs, including a significant reduction in expenses and planned inventory receipts. As part of these efforts, the company temporarily reduced the base salaries of its named executive officers, all other members of the company’s senior management team and other salaried teammates.

The filing noted that on  March 19, it first announced temporary reductions in the base salaries of its named executive officers. Effective March 29, 2020, Edward W. Stack, chairman and chief executive officer, and Lauren R. Hobart, president, will receive no salary other than an amount covering benefits provided by the company. The base salary of Lee J. Belitsky, executive vice president and chief financial officer, will be reduced by 50 percent. The executives will remain eligible to participate in the company’s short-term incentive programs at a level commensurate with their previous salaries. In addition, the base salaries of all other members of the company’s senior management team, as well as other salaried teammates were temporarily reduced by graduated amounts. The Board of Directors has also agreed to a temporary suspension of its retainer fees.

In addition, the company said it is modifying its capital allocation plan for 2020. This includes significantly reducing its planned capital expenditures, temporarily suspending its share repurchases and evaluating its dividend program. As previously announced, the Company will pay a quarterly dividend in the amount of $0.3125 per share on the company’s common stock and Class B common stock on March 27, 2020 to stockholders of record at the close of business on March 20, 2020.