Kurt Salmon Associates (KSA’s) annual sporting goods industry awards will be awarded to Dick’s Sporting Goods, Inc. and Under Armour Performance Apparel this year. The annuanl awards were presented at the SGMA Super Show this week in Las Veggas, NV.

The “Sport Performer” award for general management excellence, established by KSA in 1991, will be given to Pittsburgh, PA-based Dick’s Sporting Goods, which achieved outstanding performance on four key criteria in 2002: responsiveness to external developments, articulation of strategy, execution of strategy, and financial performance.

Dick’s Sporting Goods was selected as the winner based on its demonstrated combination of convenience, broad product assortment, competitive brand names and prices, and skilled customer service; presence of a clearly defined business strategy, with measurable steps taken toward achieving business goals; and growth in almost all financial measures, including SG&A, gross profit, and revenue.

In 2002, amidst a questionable economic environment, Dick’s continued its strategy to change the way the sporting goods consumer views a sporting goods retailer, with its innovative service and store layout concepts.

Dick’s store-within-a-store concept creates a unique shopping environment for customers while offering high-quality, well-known brands and innovative merchandise presentation. Its emphasis on skilled customer service has been compared to that of a smaller specialty store.

The retailer operates 141 stores in 25 states, and realized $1.1 billion in net sales in fiscal 2001. We expect Dick’s to continue to strengthen its position with 15 to 20 new store openings in 2003 and a focus on increasing sales of selected product lines, improving inventory turnover, and expanding exclusive brand name offerings.


The “C.F.I.(SM) Award” for consumer-focused innovation in sporting goods, established in 1998, will go to Baltimore, MD-based Under Armour(R) Performance Apparel for meeting the criteria of newness and innovation in product, marketing approach, and/or design concept, improved athletic performance, effective target marketing, and meaningful business impact.

The originator of a line of moisture wicking micro fiber apparel that pulls perspiration away from the skin to keep athletes cool, dry, and light throughout the course of a game, practice, or workout, Under Armour(R) has tapped into a very real consumer need. Realizing that the one thing slowing him down on the football field at the University of Maryland was his perspiration-drenched shirts, founder and president Kevin Plank developed a truly consumer-, or in this case, athlete-focused product to address this issue.

Under Armour(R) has made significant inroads with both professional and amateur athletes of all ages. It advertises heavily in major men’s and sports magazines and has been tied to several major motion pictures. The niche brand is sold in about 3,000 stores nationwide, and is the official supplier to Major League Baseball, Major League Soccer, the National Hockey League, USA Baseball, the U.S. Ski Team, 30 NFL teams, and 90 NCAA Division One football teams.


Sales in 2002 were $55 million, up from $17 thousand in the first year. The brand accounts for 74 percent of performance apparel shirts sold. 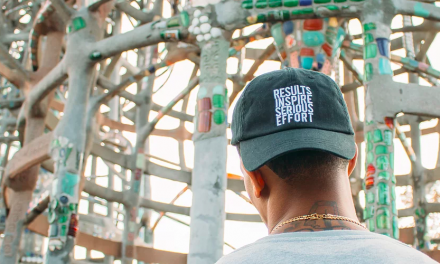