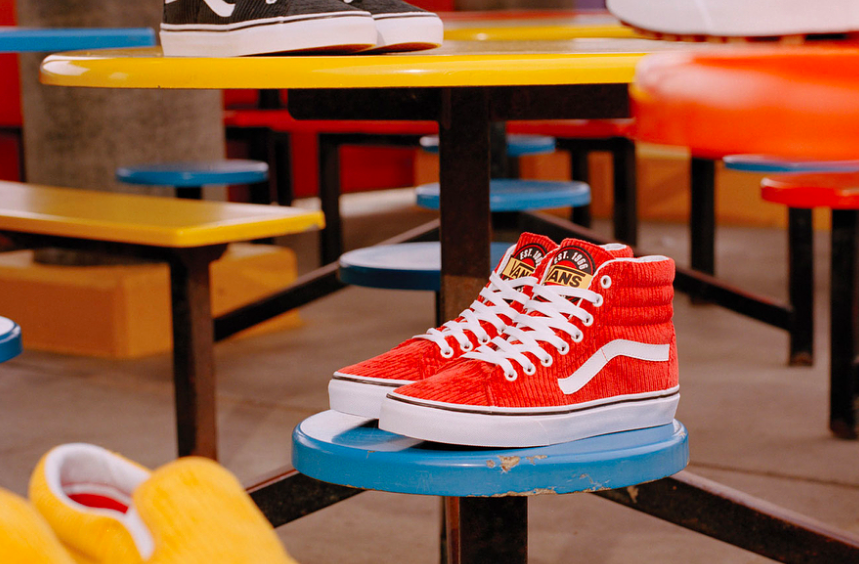 Deutsche Bank Research initiated coverage of VF Corp. with a “Buy” rating, in part because the firm sees Vans continuing to benefit from healthy streetwear trends in the years ahead while The North Face appears ready to re-accelerate growth.

“We believe the rise of streetwear, combined with a still robust athlesiure trend, is in Vans’ favor and we see momentum continuing, though not to the extent experienced this past year,” wrote Lead Analyst Paul Trussell, in a note.

Deutsche Bank expects Vans sales to grow 16 percent on a currency-neutral basis in the current fiscal year, above VF’s guidance of 12 to 13 percent. In VF’s recently-completed year, Vans’ sales ran up 29 percent currency-neutral.

Continuing growth for Vans is expected in the years ahead due in particular to expansion opportunities overseas and online. Vans is particularly well-positioned to engage consumers through social media with 12 million Instagram followers versus 7.2 million for Converse, Trussell noted.

On the product front, Vans is expected to continue to spark demand through the company’s efforts to modernize classic styles, often through partnerships with brands such as Supreme, inner-city retailers or licensed properties such as Peanuts or Star Wars. New franchises such as the UltraRange, the lightweight, traction line that debuted in May 2017, as well as expansion in apparel and accessories are other growth drivers.

On The North Face, Trussell wrote that VF “has set a strong foundation to re-accelerate growth” and he believes Q4 was an early indication that “initiatives are beginning to bear fruit.” In the fourth quarter, North Face’s revenues grew 7 percent on a currency-neutral basis with growth of 19 percent in Europe and 3 percent in Americas offsetting a 5 percent decline in Asia.

The North Americas region is expected to accelerate growth due to an inventory reset that saw North Face reduce inventory from off-price retailers along with Amazon in order to elevate the brand and reduce promotional activity. Trussell noted that over the past year, VF has worked with Amazon to clean up the marketplace of unauthorized dealers, “which is allowing the brand to place more targeted assortments on Amazon and should provide better product segmentation.”

In other regions, North Face’s sales are expected to expand high-single digits this fiscal year in Asia-Pacific due to investments in China. Continued strong momentum is expected in Europe, which has seen growth in the high teens or better over the last seven quarters. Trussell further noted that putting the individual credited with the European turnaround, Arne Arens, in charge of the brand early last year is expected to guide the brand’s accelerating global growth.

Also supporting growth is healthy momentum in women’s with the brand’s integration of Lucy into North Face’s design team expected to help run and train categories. Trussell also noted that VF officials believe the recent acquisition of Altra, the performance running footwear, “could help impact some of the initiatives that are underway at The North Face.”

Trussell believes that VF has the opportunity to double Williamson-Dickie’s EBIT margin over the next few years, given the company’s past success integrating acquisitions.

Trussell noted that 70 percent of VF’s sales are in the Outdoor & Action Sports segment and Deutsche Bank prefers companies in athletic/athleisure space with “Buy” ratings on Foot Locker, Lululemon and Nike due to strong underlying trends. Deutsche Bank expects sportswear (sports apparel and footwear) to outpace the overall apparel and footwear market over the next five years by 2 percent annually.

VF also has untapped growth opportunities in Europe and the company’s shift to DTC, including digital, is also expected to pay off. Only 7 percent of VF’s sales are online.

Finally, the investment firm’s channel checks give the firm confidence that VF will beat consensus targets for the company’s first-quarter, thereby possibly prompting VF to raise the company’s guidance for the year. Trussell wrote that he expects the outperformance to be driven by better-than-expected margins and ongoing strength at Vans. He also wrote that “accelerated investments that were made over the last six months are bearing fruit and should help drive growth over the coming quarters.”

Trussell is targeting a price-multiple in the low 20s, up from the high-teens recently, believing VF’s “operating margin expansion story is currently underappreciated by the Street.” He also wrote that Columbia, Lululemon and Nike all currently trade at a premiums multiple to VF. Trussell wrote, “We would expect VFC to narrow the gap as it grows its Outdoor & Action Sports coalition while driving meaningful EPS growth.” 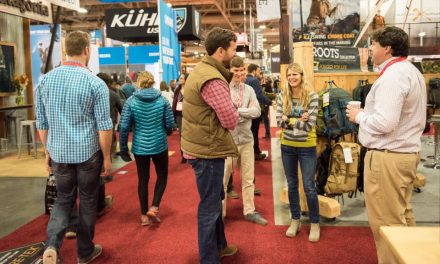