Delta Apparel said it achieved revenue growth in its basics business and all of its branded business units except for Soffe. However, cooler weather conditions throughout the country combined with continued weakness in certain retail channels resulted in slower than expected overall sales during the third quarter. This, along with continued softness in the Soffe business, resulted in lower comparable third quarter revenue and net income.

For the first nine months of fiscal 2013, net sales increased to $357.0 million from $354.6 million in the comparable period of 2012. Net income for the 2013 nine month period was $5.2 million, or $0.61 per diluted share. For comparison, the prior years nine-month period, which included the second quarter 2012 inventory markdown in the basics segment necessitated by the unprecedented record high cotton costs, resulted in a net loss of $7.3 million, or $0.86 per diluted share.

All of Delta Apparels branded segment businesses experienced solid sales growth during the fiscal 2013 third quarter with the exception of Soffe; however, overall branded segment revenue was down 10% to $52.6 million, from $58.5 million in the prior years third quarter. The decrease was driven entirely by a 30% sales decline in the Soffe business, due primarily to turmoil in the current retail environment and a strategic shift by some large retailers from branded products to more private label products. Consistent with Delta Apparels other branded segment businesses, The Game saw good third quarter results, with 15% sales growth on higher volume and improved gross margins. Sales for Junkfood increased 9% with another strong showing in the professional sports license business. Art Gun continued its rapid growth, achieving a 60% sales increase in the third quarter and a 95% increase for the nine-month period. With the exception of Soffe, each of the Companys branded businesses also experienced sales growth with improved margins for the entire nine months.

Net sales for Delta Apparels basics segment in the 2013 third quarter were up slightly to $67.4 million compared with $67.0 million for last years third quarter. Sales for the private label business grew 4% for the quarter and nearly 10% for the nine-month period. The Catalog business achieved unit sales growth of 6% but this was offset by lower average selling prices, leaving sales relatively flat for the quarter. Revenue in the Catalog business is up over 8% for the year on unit sales growth of over 17%. Margins improved across the board in the basics segment due primarily to improved manufacturing performance.

Robert W. Humphreys, Delta Apparels Chairman and Chief Executive Officer, commented that except for Soffe, sales growth continued in all of our business units, in spite of the late Spring that we experienced this year. I believe this attests to the strength and desirability of our products, but we obviously have a good deal of work to do at Soffe to bring the business back to our expectations.

We have made some key management changes within Soffe that we believe will return that business to the strong performer it has been in the past. These changes go all the way to the top of that business and should have a profound effect, particularly in the areas of marketing and sales. We are making a rigorous effort to regain lost volume and to realign the Soffe business to meet current market demands, and we are already seeing some limited results from these efforts. In the meantime, we are taking immediate steps to reduce costs in order to return Soffe to profitability at current sales levels.

While we are encouraged with the sales growth and profitability advances we are seeing in all of our other business units, we are continuing our efforts to further streamline their operations. As we announced previously, we are expanding manufacturing capabilities within our existing facilities, and anticipate completion by the end of this calendar year. Year-end is also the target date for completion of our college bookstore consolidation under The Game, which will provide us with a lower-cost platform for this sales channel. We are already seeing some of the benefits of these activities in the fourth quarter and expect to realize the greater impact as we move into the 2014 fiscal year, Mr. Humphreys said.

The effect on sales of the late Spring and the lower than expected third quarter sales for Soffe will make the Companys previous guidance difficult to achieve. With the weather moderating, demand appears to be improving; however, it is too soon to tell how much of an effect it will have on the remaining quarter of the fiscal year. Therefore, Delta is adjusting its guidance for fiscal 2013. For the fiscal year ending June 29, 2013, the Company now anticipates net sales to be in the $490 million to $495 million range with net income for the year in the range of $1.05 to $1.10 per diluted share. 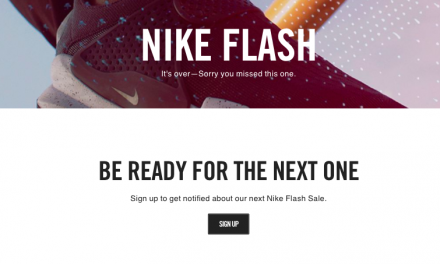