Delta Apparel Inc., parent to M.J. Soffe, plans to close an Alabama plant, cut 110 jobs, and take restructuring charges as it moves some manufacturing to Honduras.  As a result, Delta slashed its Q4 earnings outlook. The company predicts earnings  of between 6 cents to 8 cents per share for the three months ended June 30, including charges, down from previous expectations of 50 cents to 55 cents per share.

The company will take a charge of $10 million, or 75 cents per share, for the restructuring. Delta is also expensing its startup and excess manufacturing costs associated with the integration of recently acquired FunTees, a manufacturer of privately-labeled knitted goods, and the opening of its Honduran textile plant, expected to begin production by year-end.

The fourth quarter included one-time charges of 51 cents per, including 40 cents per share in startup. The first and second quarter of DLAs fiscal 2008 will include the remaining 24 cents in charges.

Fiscal fourth quarter sales rose 11% to $92 million. On a conference call, officials said sales in the retail ready segment grew 7% to $43 million, driven primarily by sales in its Junkfood business.  Junkfood's Q4 sales catapulted 40% to more than $9 million. While sales were softer than expected in the Soffe business for Q4, Delta officials noted that the business was still up over 7% for the year.

Delta said it missed its sales plan in its activewear segment.          Activewear sales were approximately $48 million, an increase of about $6 million from the prior year as the addition of the FunTees sales were slightly offset by lower sales in the Delta catalog products.  As fabric production in its Maiden textile facility has been lower due to the integration of FunTees, Delta said it was not able to meet some of the expected June deliveries in the FunTees business and unable to meet its normal service levels in the Delta catalog business.

Delta also noted that it was being slightly inventory constrained in the first half of fiscal 2008. The company said it did not participate heavily in the competitive pricing levels of commodity T-shirts, which hurt volume in the fourth quarter.

For the year, DLA expects earnings between 71 cents and 73 cents per share, including charges, down from previous guidance of between $1.15 and $1.20 per share, on revenue of $312 million.

For the fiscal year ending June 28, 2008, the company expects net sales to be in the range of $335 million to $350 million and diluted earnings per share to be in the range of $1.36 to $1.52. This includes the $3.2 million, or 23 cents per diluted share, of anticipated expenses associated with the start-up of the new Honduran textile facility and the shutdown of the Fayette, Ala. facility that will impact results in the first two quarters of fiscal 2008. 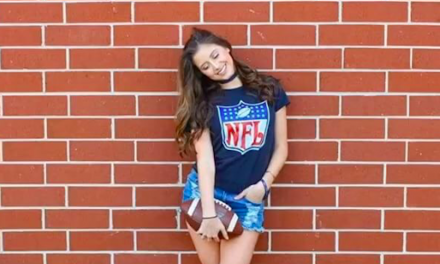