Speaking last week at Goldman Sachs Global Retail Conference, Zohar Ziv,  Deckers Outdoor’s COO, reiterated that the company is starting to see sheepskin prices come down, However, it cautioned the full extent of any improvement won’t be equally felt on Deckers’ bottom line.

For Deckers, the sheepskin cost is not just raw material but also the tanning cost. Improvement on the tanning side is somewhat capped as labor costs in China have been rising at a minimum of 20 percent every year. Ziv also noted that Ugg only uses about 10 percent of the available sheepskin because the brand focuses on higher grade material and that also limits access to overall supply. Overall, he warned investors to “just be cautious as you're looking at that, but we are expecting to see some improvement for next year.”

In February, Deckers warned that the rise in sheepskin prices in the last two years by about 80 percent would impact its bottom line in the current year by $1.40 a share. Including the impact of 2011’s mild winter on 2012 fall orders as well as economic challenges in Europe, Deckers projected its fiscal 2012 earnings would remain flat. Sales are expected to rise approximately 14 percent. Management made no adjustments to guidance last week.

On the positive side, Ziv said management feels good about demand for Ugg given its talks with retailers. Also, recent research showed that more women had bought a pair of Uggs last year than two years ago, and more planned to buy Uggs in the future than when asked the same question two years ago. Ziv said this ”gives us indication that the brand is strong and there is interest and demand.”

Moreover, Ziv said management also feels that Ugg’s demand is being supported by its focus on comfort that makes consumer interest depend less “on passion.” Limited distribution also bolsters interest. Said Ziv, “If we had wanted to grow so significantly, we would have opened significantly more distributions, and we are not doing that.”

He further added that while coming to market with its classics collection, Ugg has continued to diversify away from classics into other shoe and accessory categories to create a firmer foothold as a brand. He compared Ugg’s evolution to how Nike started in running shoes and Reebok in aerobics and both extended across other areas.

“By moving into the casual and fashion items, you grow the brand, and we got it to that level, and we still think there are significant growth opportunities both domestically and clearly many more internationally,” said Ziv.

Regarding Sanuk, Ziv said the surf brand has been mainly in the specialty outdoor and in surf & action sports and is ready to more department stores. Said Ziv, “We are very, very pleased with the Sanuk progression and where they are going. They've done a great job building the brand, staying very pure to where they are, which allows us to expand the brand.”

Closed-toe footwear has also seen “some nice” increases with the goal of making Sanuk more of a year-round brand.

While also feeling a slowdown in Europe, Teva is “still going very nicely” in the U.S. Ziv said Teva is focused on becoming a year-round brand, getting younger, and continuing its ongoing focus on its heritage ”to maintain and grow our market share in sandals. So it's working very well in the United States.” 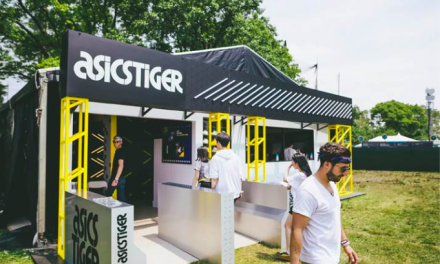