Deckers Outdoor Corporation reported that first quarter net sales increased 45.2% to $64.3 million versus $44.3 million in the same period last year. Net earnings for the quarter increased 65.1% to a record $8.9 million, or 69 cents per diluted share, compared to earnings of $5.4 million, or 49 cents per diluted share, in the first quarter of 2004.

Chairman of the Board, Doug Otto, stated, “Once again, we were pleased to report record first quarter sales and earnings. Our strong top line performance was primarily fueled by continued growth in all three brands. Although our results were impacted by a higher than expected bad debt expense, we were still able to grow our net income by 65% to a record level for the first quarter. We remain optimistic about our future prospects, as our Fall bookings are coming in higher than previously estimated and this is reflected in our heightened outlook for the second half of the year.”

Mr. Otto further stated, “During the first quarter, Teva achieved its highest quarterly net sales in the Company's history, despite unseasonable weather and lower than anticipated sales overseas. UGG experienced significant growth during the quarter, primarily as a result of carryover shipments of our 2004 Fall and Holiday product as well as the initial deliveries of our first Spring line. For Simple, sales were driven by strength in sneakers, sandals and clogs, as we benefited from expanded distribution and increased shelf space for the brand.”

In order to better meet demand and ensure more timely deliveries to its retail partners in the second half of fiscal 2005 and to support the anticipated growth for the UGG Fall and Winter season this year, the Company made the strategic decision to receive Fall and Winter UGG products earlier than it did a year ago. As a result, inventories as of March 31, 2005 were up by $27.8 million as compared to March 31, 2004. The Company is comfortable with its current inventory position and expects inventories to return to normalized levels by year-end.

Deckers updated its 2005 sales and earnings guidance. For the fiscal year 2005, the Company remains comfortable with its previously issued guidance of net sales between $250 million and $260 million and income per diluted share between $2.45 and $2.55. Due to the unseasonable weather and lower international expectations, the Company currently expects second quarter net sales to range from $40 million to $41 million and income per diluted share to range from $0.28 to $0.30. However, as a result of the better than expected Fall bookings for UGG, the Company expects to make up the sales and earnings shortfall in the second half of fiscal 2005, primarily in the third quarter. For fiscal 2005, the Company now expects annual net sales to be approximately $92 million to $95 million for Teva, $10 million to $12 million for Simple and $148 million to $153 million for UGG. 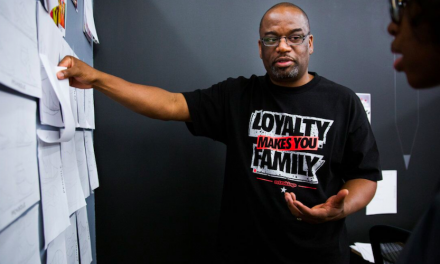