IP Australia, the Australian Trademark Office, determined that Deckers Outdoor Corporation's Australian UGH-BOOT trademark registration should be removed from the Australian register for non-use. Deckers, which sells UGG(R) Australia luxury sheepskin footwear, outerwear and handbags, does not anticipate a material affect on sales because the UGH-BOOT trademark is not significant in Deckers' marketing. Deckers markets its products worldwide using the UGG and UGG AUSTRALIA trademarks. Deckers' UGG trademark is duly registered in the United States and more than 40 other countries. Deckers is considering appealing the IP Australia decision.

Under Australian law, a registered trademark can be removed from registration if not sufficiently used. A non-use challenge is not directed to determining the trademark's validity, but instead only to whether sufficient use has occurred to maintain the registration. Despite misleading Internet news accounts, the result of the decision is limited to removal of just the UGH-BOOT registration from the Australian trademark register. The decision in no way provides a basis for competitors to infringe Deckers' UGG(R) or other registrations in countries such as the U.S. or the European Community. The non-use decision has no binding legal effect on any of Deckers' other registered trademarks in Australia (including its UGG AUSTRALIA logo) or in any other countries. Deckers intends to maintain its policy of actively pursuing any infringers.

The Buckle Reports Anemic Comps Growth in May 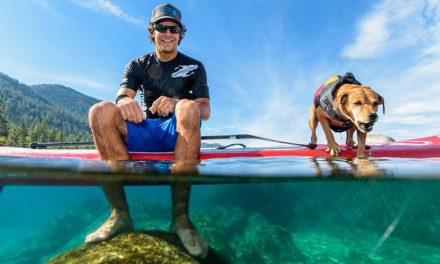