Deckers Corp. laid out three main opportunities for growth of its juggernaut UGG brand at its annual investors day last week and provided updates on its plans for Simple, Teva and Tsubo. As expected, analysts focused much of their attention on how Deckers plans to sustain UGGs growth. DECK reported UGGs third-quarter sales rose 57.1% to $178.7 million, driven by increased orders for its expanded fall line from domestic retailers and higher shipments to international distributors.


Last week, Deckers Chairman and CEO Angel Martinez insisted UGG is no fad, just before arguing that all great brands start as a fad. Apparently he succeeded with at least one analyst. Jim Duffy of Thomas Weisel Partners was so impressed with the presentation that he reiterated his 12-month price target of $120 for DECKs stock, which was trading around $75 last week.
“Its not a fad,” Martinez said of UGG, noting that at Deckers executives refer to the word “fad” as “the F word.”   “All great brands start with a single item and often that item is a fad,” Martinez continued. “You cant name a brand that has not started at one time as a, quote-un-quote, fad.”
As evidence, Martinez cited UGGs continued success in California, where it enjoys its highest penetration. Whether it be mens slippers or the Beacon boot, he said innovation keeps UGGs core customers coming back.
Going forward, the brands greatest growth opportunity lies overseas in places like Canada, Japan and mainland Europe, where UGG is essentially just starting to do business. Currently, 70% of UGGs international sales come from Europe with 34% in the U.K. The company still has essentially no distribution in France and is only just starting with new distributors in Germany and Scandinavia.

It will open its first store in China in December. In France, it is just now starting to negotiate shop-in-shop deals with a few key retailers. It will build the French market on its own due the countrys unique distribution challenges, including the domination of hypermarkets. In the Benelux countries and Switzerland, it will work through existing Teva distributors.

DECK has no distributors in place for Poland, Hungary or the Czech Republic. Potential distributors will have to be much bigger than what Deckers was looking for just two years ago because its product line and retail strategy have gotten so much larger.
The next big opportunities for UGG growth will be mens footwear and a growing line of spring/summer offerings. Here, Deckers will leverage the popularity of UGGs classic styles to persuade retailers to expand their assortments. Martinez said he wants mens shoes to account for 15% of sales in five years, up from 7% today. “We dont allow people to just cherry pick our line and just bring in classics,” he said. “Thats what it means to be an UGG retailer today.”
There are now 40 UGG shops-in-shops in the U.S. and 29 overseas, mostly in department stores and large retailers.
While the brand has strong distribution in California and New England, it is looking to boost penetration in the Midwest and Southeast. DECK will also continue to open its own stores domestically and overseas, as it is doing in London and Beijing, and use them to sign up new dealers for all its brands. “We are looking at concept of boutiques in markets like Aspen where you dont want to have a large store, but want to have a presence,” Martinez said. “I could see 10 stores in US, ten in Europe and ten in Asia in [the] next three years. I dont really see us having much more presence than that.”
Simple is growing at a double-digit rate with all accounts despite economic turmoil and is well on its way to having its best year in 10 years. The expansion of the ecoSNEAKS brand introduced in Fall 07 from five to 14 styles has allowed Deckers to add mainstream retailers such as REI, Mens Place, Nordstrom, dELiA*s, Stride Rite, Journeys She, Swell.com and Shopbop.com, which are eager to tap a growing demand for sustainable design. The womens Satire has emerged as a “home run” that will become a core style going forward. This spring, for instance, the shoe will be made available in silk for $60, a $5 up charge from the hemp version.
“To be frank and blunt we are going to blow out our plan this year, including our own site and our e-commerce retailers,” said Monica DeVreese, brand manager for Simple. “This shows a couple of things. One is that our consumer is online. This is where they live. 55% of customers type simpleshoes.com. They dont go to Yahoo or Google.” This, she said, proves that the companys marketing has been effective and that the brand is still under distributed at brick-and-mortar stores.
At Teva, marketing will focus on the brands growing performance line beyond water sports, including trail running, light hiking and multi-sport. The company will continue to spend most of its marketing dollars on the Teva Mountain Games, which garner an hour of network coverage every summer. Martinez estimated DECK may spend 6% to 7% of its revenues on advertising, but that does not include money it spends on “the last three feet of the sale” in stores.
Martinez said Deckers will provide its newly acquired Tsubo brand with the backing it needs to regain the confidence of larger retailers and defend against knock-offs from competitors like Skechers. “The problem with Tsubo was you could not get fill-in orders for five months,” he said. “Nordstrom pulled back from Tsubo because they got frustrated.”
Martinez predicted that DECKs next acquisition would be a company with $50 million to $100 million in sales and a solid management team that needs sourcing, product development, international distribution or financial help. “We are pretty much running full tilt around here,” Martinez said. “We dont have a lot of bodies we can throw at an acquisition. That would mean we would dilute our work around here.”

Accell Group’s Profit up 9% in First Half 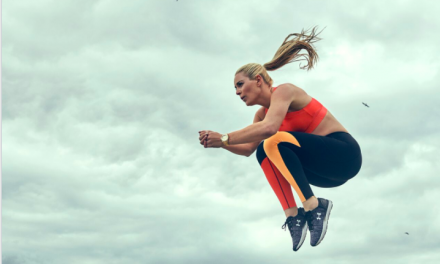 Under Armour Launches Lindsey Vonn “Unlike Any” Film