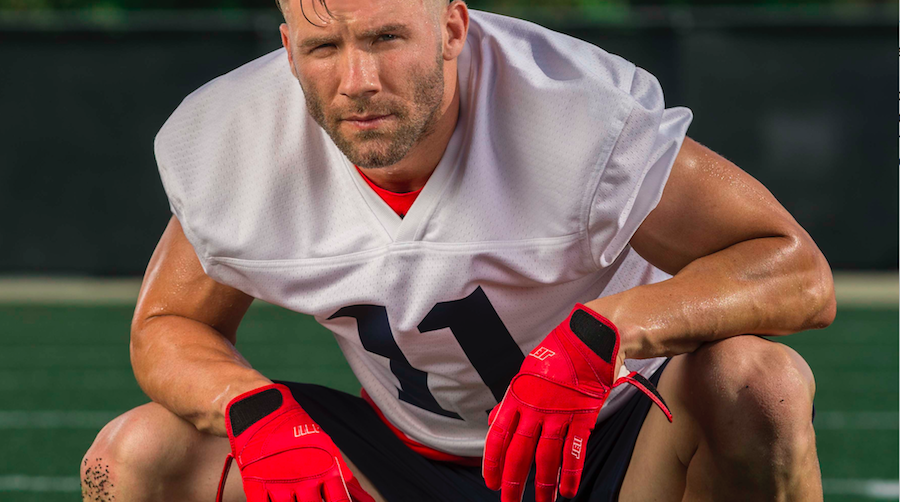 A limited, first-run production of the JE11 Signature Glove by Cutters will hit JE11.com and Cutterssports.com in late July, just in time for Edelman’s 2017 season kickoff at the New England Patriots training camp. To complement the special edition collection, a fleece fan glove – the JE11 Stadium Series by Cutters – will be available in September.

Available in July, the JE11 Signature Gloves will feature AIR C-TACK extreme grip perforated technology, delivering Cutters’ signature grip with better breathability and cooling. They’ll also have even more support, flexibility and comfort, and will feature the JE11 logo across the palms.

The JE11 Stadium Series by Cutters, available in September,  are made with warm yet lightweight material, with touchscreen compatible thumb and index fingers.

“I’ve been geared up in Cutters since high school, all through my college days and NFL career,” said Edelman. “Nothing gives me more confidence or a bigger advantage than Cutters. (Well, that and a ton of hard work). They look great, feel amazing and C-TACK technology delivers crazy grip in all conditions.”

Edelman is now best known for his catch in Super Bowl LI of a tipped Tom Brady’s pass as it came off the foot of Falcons cornerback Robert Alford.  Trailing 28-20 with less than three minutes remaining, the catch led to a game-tying touchdown and paved the way for their overtime win. It’s been nominated for the Best Play honor at this year’s ESPY Awards on July 12.

“We’re honored and thrilled to welcome Julian Edelman to Team Cutters,” said Tony Armand, CEO of United Sports Brands, parent company of Cutters. “As a long-time Cutters believer, Edelman made for a perfect partner. Julian’s feedback on the development of a special signature series based on his years of personal experience was invaluable, and we’re excited to bring his signature style to today’s football players looking to make their own miracles this season.”

Imports Set Another Record In October