Cutter & Buck management said it is starting to see investments in its product line start to pay off as customers respond to improvements in both the fashion and classic ends of the range. The response helped the company post its third consecutive quarter of year-on-year increases in the fiscal first quarter ended July 31 and helped make the period the first quarter since Q3 2000 with all retail channels showing a sales increase. Management said that demand for the new product has been so strong they have had to accelerate receipt of certain products, which has resulted in air-freight expenses that cut into gross margins for the period.

While Golf segment sales were seen as sluggish during the quarter, management said they were encouraged by the performance given the overall weakness in the channel. The company also saw growth resulting from the shift of some fourth quarter shipments that rolled over into the first quarter after CBUK extended its shipping windows for the spring line. The gain from this shift was offset by the absence of a large order last year that did not re-occur this year.

Sales in the Specialty Retail channel remain very positive, with gains attributed to a combination of strong performance in the specialty store and big & tall markets, as well as strong re-orders of the Spring 06 fashion line. CBUK said that they saw “solid growth” with collegiate and pro sports teams during the quarter as a result of strong acceptance of the new CB Pro Tec line and re-orders of the spring product.

Sales in the Other category grew by half as CBUK found an opportunity to liquidate goods that would have otherwise been sold in the fiscal second quarter.

Air-freight charges impacted gross margins by roughly 110 basis points and the increase in liquidation sales during the period also had a negative impact on the gross margin for the quarter. CBUK said SG&A was impacted by about $1.1 million in costs associated with its consumer catalog and website initiatives.

Looking ahead, Cutter & Buck expects to see continued year-over-year growth, but not at the rate seen in the first quarter. Management said second and third quarter increases will be impacted by the aggressive promotion of discontinued products sold through normal sales channels last year, as well as the addition of the consumer catalog sales, which launched in Q2 last year, included in the prior year quarters for the balance of the year.

CBUK expects that gross margins will continue to be impacted by airfreight charges in the second quarter and possibly the third. They expect margins to return to more seasonally normal levels in the third or fourth quarters and remain in the 44% to 48% range.

DSO improved by seven days to 54 days this year and days sales of inventory decreased to 131 days from 157 days last year. CBUK expects that inventory could be in the $30 million to $32 million range by the end of the third quarter. 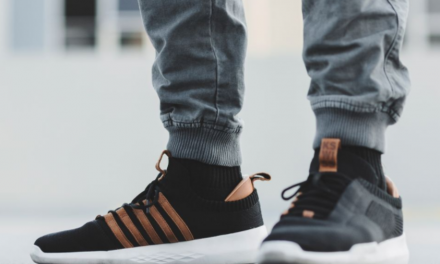