Cutter & Buck Inc. has appointed Bill Swint to the position of Interim President and Chief Executive Officer. The company also announced the appointment of Doug Southern to the non-officer position of Chairman of the Board. Swint, currently the company's Vice President and Manager of Order Fulfillment, and board member Southern, will assume their new positions on September 16, 2004.

Swint has over thirty years of expertise in the apparel industry. Since joining Cutter & Buck in June 2003, he has been responsible for all aspects of production, customer service and distribution. Before joining Cutter & Buck, he was president and chief executive officer of ERB Industries, a marketing and manufacturing company. He also was a project manager responsible for helping to establish a distribution center in France for Columbia Sportswear, Inc., an outdoor apparel manufacturer. Swint holds an MBA from Southern Methodist University and a BS in industrial engineering from the Georgia Institute of Technology.

As previously announced, Fran Conley, the company's chairman and chief executive officer, will be stepping down from those positions and from her position on the board on September 15, 2004. Conley will stay on as an employee through March 15, 2005, and will remain available for advisory purposes to assist Swint and help facilitate a smooth transition.

“We are pleased to have someone with Bill's qualifications available to step in and take charge while we continue our search for a new CEO,” said Skip Kotkins, Chairman of the Board's Corporate Governance, Nominating and Succession Committee. “Not only does Bill have a strong apparel background, but as a member of the company's senior management group he is acutely aware of the challenges facing Cutter & Buck during this interim period.”

“I am happy to step in and help Cutter & Buck in any capacity the board deems appropriate,” said Swint. “I know with the support of the other senior executives of the company we will be able to maintain the progress we've worked so hard to achieve,” added Swint.

Swint will serve until a permanent CEO is hired. The company began its search for a new CEO by hiring the national executive search firm of Russell Reynolds Associates about a month ago.

Doug Southern, a Cutter & Buck Board member since 2002, has over forty years of experience in business administration and accounting, most recently as senior vice president and CFO for Immunex Corporation, until Amgen, Inc. acquired it in 1999. Mr. Southern is also a Director and Audit Committee Chair of Seattle Genetics, Inc. a public biotechnology company that discovers and develops monoclonal antibody-based drugs to treat cancer and related diseases. 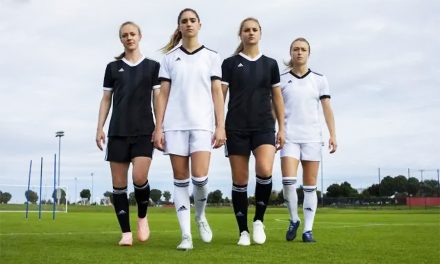