The Congressional Sportsmens Caucus today urged U.S. Department of Homeland Security Secretary Janet Napolitano to withdraw the notice of proposed revocation of treatment relating to the admissibility of certain knives with spring assisted opening mechanisms by the Office of Customs and Border Patrol, according to a release by the Congessional Sportsmen's Foundation.

The CSF said the proposed regulation could have severe implications on all knives – not just assisted-opening knives – and would designate these knives as switchblades, although the federal law definition does not declare these types of knives as such.

The Switchblade Knife Act of 1958 as amended by Congress, and as codified in 15 U.S.C. Section 1241, sets forth the definition of a “switchblade” asany knife having a blade which opens automatically (1) by hand pressure applied to a button or other device in the handle of the knife, or (2) by operation of inertia, gravity, or both

“This classification could render millions of law-abiding knife owners in violation of the law and expose major market retailers, manufacturers, dealers and importers subject to possible federal felony charges, and could drive domestic manufacturers and importers out of business, potentially costing thousands of jobs,” said CSC Member Rep. Bob Latta.

The intent of this regulation is to re-interpret the word “inertia” so as to cover all knives using a spring (even a Boy Scout knife or multi-tool has one that maintains a knifes inherent bias toward closure) and contradicts the intent of Congress. There is clearly no language in the statute describing these assisted-opening and one-hand-opening knives, all of which are in the same class mechanically. This proposal also contradicts the intent of the legislatures in many states.

Court cases in several states such as California, Illinois, Michigan, and Texas, have all ruled in favor of assisted-opening and one-hand opening knives not being switchblades because they do not possess the activating button or device on the handle of the knife.

“These knives are used not only by sportsmen, but also by police, firemen, skilled trade workers and others,” said Congressional Sportsmens Foundation President Jeff Crane. “The Office of Customs and Border Patrol proposed revocation does not identify any specific intrinsic health and public safety concerns which it is purportedly trying to protect by this new designation.”

The Congressional Sportsmens Foundation is also collecting signatures from members of the American Wildlife Conservation Partners for a letter to Secretary Napolitano supporting the CSC in its efforts to convince the Secretary to withdraw this proposal. 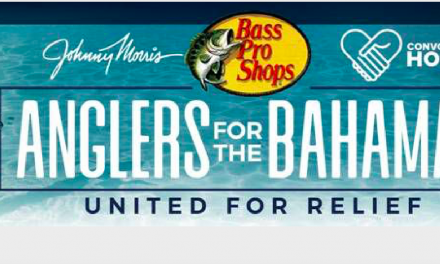