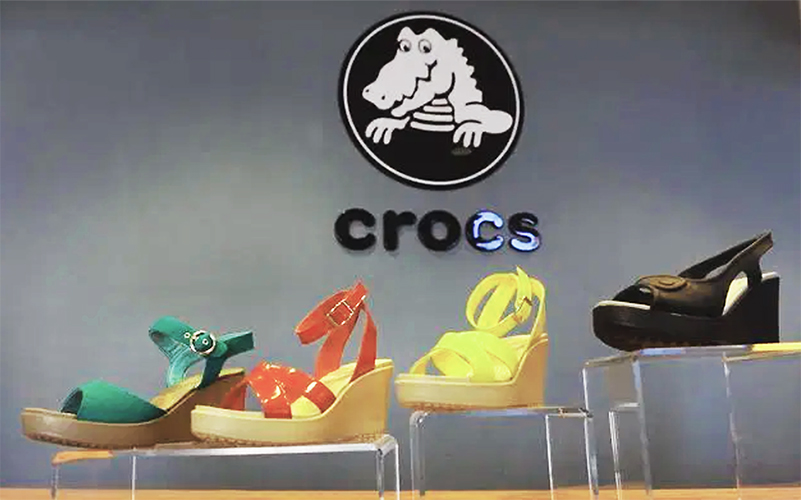 Crocs Inc.’s first-quarter earnings slumped on a 5 percent revenue decline as it faced pressure from store closures in March due to COVID-19. Highlights in the quarter, however, included Americas’ revenues increasing 14.4 percent and e-commerce revenues rising 15.8 percent. A steeper decline in sales was forecast for the second quarter.

Andrew Rees, president and chief executive officer, said, “Amidst unprecedented market conditions globally, our total revenue held up well with exceptional performance in our Americas and e-commerce businesses that was overshadowed by COVID-19 related store closures. Despite this recent softness, Crocs remains a strong, vibrant brand that is very well positioned. In the near-term, we have no liquidity concerns and have taken quick action to ensure we will be strongly cash flow positive for the remainder of the year. Over the long-term, we are confident we will restore our momentum in 2021 and continue our positive growth trajectory for years to come.

“Our immediate focus remains on the well-being of our customers, employees, and communities. We are particularly proud of the support we are providing to our healthcare community with our “A Free Pair for Healthcare” and “One for You, One for a Hero” donation programs that to date have contributed over 450,000 pairs of shoes globally. This community has our deepest respect, and we are humbled to be able to help keep its workers and their families safe during this unprecedented time,” Rees continued.

COVID-19 Update
As described during its fourth-quarter earnings conference call and subsequent updates, COVID-19 has impacted the Crocs business globally, including through store closures or reduced operating hours and decreased retail traffic. Many of the 367 company-operated stores, as well as many partner stores and wholesale customers’ stores, were closed at some point during the first quarter and many remain closed today. In all geographies where stores are closed, stores will remain closed until it is safe, and in line with local regulations, to reopen. At this time, the company estimates that stores will begin to open in stages over the coming months.

Crocs said it expect revenue declines to continue in its retail and wholesale channels as “social distancing” practices remain in effect. Further, Crocs said it expects a larger decline in revenues in the second quarter of 2020, as the majority of its retail and partner stores may be closed for the whole period. Crocs said it is beginning to see some recovery in-store traffic and sales in China and Korea where almost all stores are now open. However, Crocs said it is also seeing declines in Japan, India, and much of Southeast Asia, areas that have been impacted by a second wave of the virus. While many brick-and-mortar stores have been closed, Crocs.com and other digital commerce have remained open. Strong trends in its e-commerce channel are expected to continue, as consumers migrate to online shopping.

The company has focused on positioning its business for both short- and long-term success. Its leadership quickly established both a defensive and offensive playbook that it began to implement in early March.

With regard to the defensive measures, Crocs is taking precautionary measures to address the impact of COVID-19 and the recessionary environment that may follow. To efficiently manage the business, enhance liquidity, and maintain maximum flexibility, we have taken or are taking the following actions:

The company will provide more detail on the financial and operational impacts of COVID-19 during its first-quarter earnings conference call today.

Financial Outlook
Given the continued disruption and uncertainty globally related to COVID-19, Crocs previously withdrew the guidance it provided on February 27, 2020. Crocs is also not providing full second quarter or full-year guidance at this time beyond what is outlined above.