The Fall 2007 advertising campaign is entitled “Weapon of Change” featuring irreverent messages and bold illustrations encouraging consumers to be optimistic rebels and become agents of change. The Converse (PRODUCT) RED Weapon(R) will be available exclusively through Foot Locker.

“Converse approached me to join the (PRODUCT) RED initiative and affect change. I have always felt my purpose is to do for people. Converse and (PRODUCT) RED are about people — educating and reaching out to people to help humanity. I do this through my music, activism and with people I come into contact with everyday. For me, Converse (PRODUCT) RED allows me to help affect change and have an immediate impact on people. Knowing the contributions from this initiative help people who need it makes it incredible because there's no such thing as small change,” said Common.

“This campaign embodies the spirit and soul of Converse (PRODUCT) RED. Common is an outstanding partner who has inspired a generation of musicians, poets, aspiring actors and children through his work. We want to inspire Converse people everywhere toward this kind of energy and creativity – to become agents of change,” said Dave Maddocks, Chief Marketing Officer, Converse.

The “Weapon of Change” campaign featuring Common was shot on location in Los Angeles by photographer Bryan Adams. The campaign includes black and white photography with an illustrative overlay giving the campaign visual depth playing on the graphic nature of expression on a blank canvas. The print advertising will run in national magazines beginning July running through September in Complex, ESPN, Fader, Rolling Stone, Spin and Vibe. There will also be out-of-home billboards, wild postings and bus shelters in Common's hometown of Chicago, Los Angeles and New York City.

Converse has two additional print ads to support the campaign launch including “Combat Boot” featuring the iconic Chuck Taylor(R) All Star(R) shoe and “Conscience REQUI(RED)” Chuck Taylor All Star Ox. The creative direction and illustrative concept behind the campaign were inspired by the Chuck Taylor All Star democratic nature. For over five generations, consumers have used the Chuck Taylor All Star blank canvas to express their originality through art, messages, graffiti and illustration. This campaign celebrates this expressive medium to inspire consumers to become agents of change by getting involved in (PRODUCT) RED, purchasing (PRODUCT) RED items and designing a MAKE MINE RED shoe on http://www.converse.com/ to help stop this global emergency. These additional print ads will run in national magazines beginning July running through September in Complex, Elle, Fader, Glamour, Jane, Lucky, Teen Vogue, Trace, Vanity Fair and Vibe.

The print campaigns including point of sale and outdoor were created by VSA Partners in Chicago and free hand illustrations were created by Chicago native Nigel Evan Dennis.

In addition to the print and out-of-home campaign, Converse will premiere the Summer Issue of the company's website http://www.converse.com/ in mid-June featuring Converse (PRODUCT) RED home page. The site will feature exclusive interviews with Common, behind the scenes footage and Common's first single “The Game” off his seventh album “Finding Forever” on sale July 31. The site will also feature ways for consumers to become agents of change and join the (PRODUCT) RED movement.

Converse will collaborate with celebrated designers, artists and musicians to inspire originality by offering limited edition Converse (PRODUCT) RED shoes each season on a unique canvas that preserve culture and embrace creativity.

Depending on the product sold, 5% – 15% of net sales from Converse (PRODUCT) RED shoes will go to the Global Fund to Fight AIDS, Tuberculosis and Malaria (Geneva, Switzerland). (PRODUCT) RED is an economic initiative created by Bono (U2, singer and activist) and Bobby Shriver (Chairman of DATA – Debt, AIDS, Trade, Africa), designed to deliver a sustainable flow of private sector money to the Global Fund to invest in African AIDS programs with an emphasis on the health of women and children. 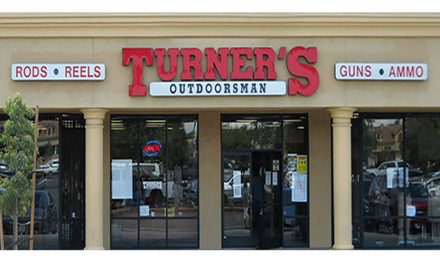