Columbia Sportswear Company pointed to issues with the weather last year, increased competition from “recapitalized companies”, and their own product selection in the Outerwear category as reasons for a decline in future orders for Fall 05. The company also pointed to retail consolidation as an issue, with the Dicks/Galyans deal highlighted in the U.S. along with other consolidation in Europe. The apparent weakness in the category, which was clearly impacted by the later winter last year that gave retailers pause when ordering goods this year, overshadowed what was a pretty solid first quarter for Columbia.

A small gross margin decline was the only key indicator that showed a negative result in the quarter, a line that was impacted by the companys efforts to liquidate the majority of leftover Outerwear product from last year. Management said they have orders for “most of the remaining balance.”

Excluding the benefits realized from the weaker dollar, consolidated net sales increased 15.9% for the period, with Other International sales increasing 36.4%, European sales gaining 1.9%, and Canadian sales up 7.1% for the first quarter. Japan sales were flat excluding the FX upside.

Footwear sales growth was driven by strength in water sandals, casual land sandals, hiking styles, and trail product. Strong growth came from all genders, but was driven more from the womens and childrens end. The company said retail sell-through of sandals and shorts has been soft in the cooler areas of the market.

Mountain Hardwear certainly contributed to the gains in the Equipment category, as the brand posted a 21.6% increase in Q1 sales to $11.8 million. Columbia president & CEO Tim Boyle said the Fall 05 bookings were “very strong,” particularly in the Sportswear category.

BOSS caught up with Mountain Hardwear president Mike Wallenfels, who said that Spring sportswear sales were really driving the growth, but they are also seeing strong numbers in their transitional outerwear including PacLite and many light-weight softshell pieces. The late winter did have an effect on Mountain Hardwear, but it actually helped the brand with large full-price late season reorders.

Wallenfels also said that equipment sales have been soft on an industry-wide basis, but light and fast is still doing well, while lower price-point sales are migrating towards the sporting goods channel.

“Lately it has either been cutting edge technology-lighter, faster, stronger – or its price point. There is not a lot of room at retail for the middle ground anymore,” Wallenfels told BOSS.

Wallenfels said that they finished their fall bookings during Q1 and “the numbers look very good,” driven by outer wear and SnowSports related products.

The brand has seen a few surprises along the way. “Everyone is talking about the success in spring/summer casual apparel,” said Wallenfels. “We have been seeing some demand for our fall/winter sportswear line. Its still a relatively small category, but it posted the largest percentage growth.”

Wallenfels also said that while equipment sales are soft in the industry, Mountain Hardwear is showing some increase in backlog, especially in four season tents and cold-weather sleeping bags.

Sorel sales grew roughly 40% to $4.9 million from $3.5 million in the year-ago period, a gain that Boyle said was due to “increased shipments of cold weather footwear in North America and Outerwear in Canada.” He said order backlog at quarter-end was “soft”, due to later receipt of “some key orders.”

Management said they expect to see “modest growth” in footwear this fall, alluding to much more acceptance of spring product from the brand. The decline in Outwear futures was not limited to softness in the youth category as before. Poor sell-through of the product last year is causing the retailer to pull back on commitments this year, but Columbia will probably have much less exposure for cancellations and closeouts next year as well.

Columbia finds itself in a tough spot as their customers own private label product eats away at their mid-range goods, while other brands are getting the dollars for the better goods. No names were mentioned, but BOSS would bet that K2s Marmot acquisition and strong brand growth at The North Face would be giving Columbia a run for their money in the Outerwear business. Other players like Spyder and Cloudveil are also flush with new money to expand distribution and take share at the upper end this year.

The company said all bookings in Canada were soft, particularly in Outerwear, but Sportswear and Footwear bookings increased. Europe bookings for Fall 05 increased in double-digits, but growth was said to be less than the historical average for the region. The U.K. and Italy showed “strong improvement” in fall order growth, but Germany and Austria continue to be “challenging”.

Columbia is forecasting second quarter revenue growth in the 4% to 6% range and net income of approximately $3 million, or a drop of nearly 72% when compared to the $10.7 million in net income earned in Q2 last year.

Columbia also expects to ship less Outerwear product in Q2, which along with an increase in distributor sales, is expected to impact margins buy about 170 basis points to approximately 41.1% of sales.

For the full year, Columbia now estimates that sales will grow approximately 5%, while net income is expected to decline 8% to 12% when compared to 2004. 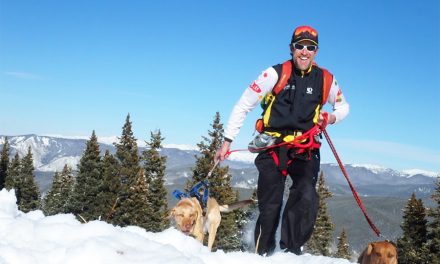