Columbia Sportswear reported last week it expects its 2013 sales to be flat on the heels of another disappointing winter.

The company reported consolidated net sales reached $501.1 million for the quarter ended Dec. 31, 2012, down 5 percent from the same period in 2011. Mild winter weather in North America during most of the holiday shopping period and general consumer caution resulted in reduced retail traffic and a more promotional environment in key markets, which caused higher order cancellations and fewer reorders from wholesale customers, as well as lower than expected direct-to-consumer sales, primarily in the U.S. Exchange rates had a neutral effect on the net sales comparison.

Until the holiday shopping season began in late November, it looked as though we would achieve our outlook for a slight increase in full year operating margins, despite a flat top line, said President and CEO Tim Boyle.  However, December delivered mild weather, causing us to fall short of our expectations in our North American wholesale and direct-to-consumer businesses.

Boyle said COLM will focus this year on driving down price points for its proprietary Omni technologies for sale through existing sporting goods and specialty channels.

In our initial launches of these differentiating technologies, weve tended to put them out with the most premium quality materials and the most premium features on the garments, which makes them relatively expensive against other competitive products, said Boyle. Our focus is going to be on bringing these products – bringing these features and innovations into products that dont have all the bells and whistles that weve been adding. So there is where we think we can have a more popular price point, more people can utilize the technologies, and the company will have a higher margin.

Boyle said he sees no evidence that retailers are asking for later deliveries of cold weather products, even as they increase pre-season orders on lighter weight products. He added, however, that the company will be more conservative in terms of how we approach any additional inventories that our customers havent written orders for.

I am convinced that the market has contracted, he said of the outwear and winter footwear business.

While Sorel and its dealers will carry over significant cold-weather inventory into 2013, Boyle said the brand will expand its offering of lightweight, less-insulated styles this fall after positive feedback from retailers. Sorel launched the line at retail last year to extend its relevance as an early fall/back-to-college season brand and reduce its reliance on cold-weather boot sales.

Columbias PFG apparel line, which is aimed at warm weather fishermen, emerged as the companys strongest category in the fourth quarter as sales grew briskly along the Gulf of Mexico and in Central America and South America.

In what marks the biggest spring launch in its history, COLM will equip more than 1,000 sporting goods and specialty stores with Omni-Freeze Zero cooling stations to enable consumers to feel the products active cooling properties. Additionally, COLM will dispatch two customized trucks to demonstrate the technology at hundreds of wholesale customers stores, music and sporting events, outdoor venues, and neighborhood festivals in 45 cities from April through June.

Mountain Hardware, meanwhile, will launch Cool.Q Zero in early April, with a campaign featuring print advertising, social media and in-store events, targeting the running community and specialty running accounts. Cool.Q Zero uses a visible technology comprised of tiny blue circles that are embedded into the fabric of the apparel. The circles contain a unique cooling polymer that, when exposed to sweat or moisture, causes the rings to swell, creating an instant and prolonged cooling sensation that helps minimize heat.

Were highly focused on spring and summer product, not only because it’s a big opportunity for us, but if you look at a heat map of the globe, there’s more people living in warm areas than there are people living in cold areas, Boyle said.

COLM expects 2013 net sales to be comparable to 2012 net sales of $1.67 billion and forecast full year operating margin of between 7.5 percent and 8.0 percent of sales.

We expect retailers to be cautious as they place advance orders for fall 2013; and in turn, were also planning conservatively in building inventories, said Boyle. Under that scenario, if weather cooperates, we should all benefit from a greater proportion of full price sales, better gross profit margins, and cleaner inventory levels exiting the year.

COLM will plow $50 million into capitalizing its new joint venture in China in the coming four to five quarters as it transitions its distribution there from an independent distributor model to a joint venture operation, that will begin operations Jan. 1, 2014.

We know we cannot continue to cost cut our way to success, said Boyle. We will continue to aggressively pursue catalysts to grow our top line profitably. We will continue to invest in our brands, products, and our people, and initiatives that we believe can grow Columbia Sportswear Company into a much larger business. 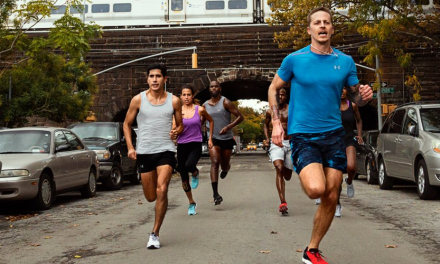