Columbia Shows Off at MAGIC…

Columbia Sportswear gave investors and the media a peek into their future plans regarding marketing, international expansion and acquisitions at the recent MAGIC trade show in Las Vegas. COLM president and CEO Tim Boyle reiterated the feeling that private label remains the companys single largest competitor. However, he stated that when retailers weigh quality, delivery, and consistency against the increased risks and higher margins of private label, Columbia usually wins.

Columbia will be reinvigorating its marketing by focusing more heavily on the Titanium brand and distinguishing it from Columbias core merchandise. The company will also make a heavy push into department stores with its XCO sub-brand. Columbia is trying to create more solid differentiation between its brands, positioning Titanium at the top, XCO just below that, and its core products are positioned with the broadest distribution. The real marketing focus is going to be on the “clarity of message.” Since Columbias brands are so broadly distributed, the company felt that it is important to communicate the brands segmentation clearly to the buyers, and ultimately to the consumer.

In Europe, Columbia recently hired a new International VP, Paul Gils, who has been working on revamping the companys presence in its weaker markets. Boyle stated that the company continued to see strong growth in France and Spain, but is seeing weakness in Germany, Austria, Scandinavia, and the U.K. Gils recently completely restructured the sales and management teams for each of these areas in an effort to turn this trend around.

On the acquisition side, Boyle said that repurchasing stock still is taking precedence. While there are several “properties out there” he said that the premiums were still very high “because everyone has so much cash on their balance sheet.” He did note that Columbia is looking for a counter-cyclical brand that could balance the companys current seasonal fluctuations and that the Mountain Hardwear acquisition is a “great template” for deals they would like to complete in the future. It is likely that the company will look for acquisitions in the footwear and apparel space, and highly unlikely that they will get into equipment.

Reebok Launches Biggest Ad Campaign in Ten Years, But Where Have We Heard This Before… 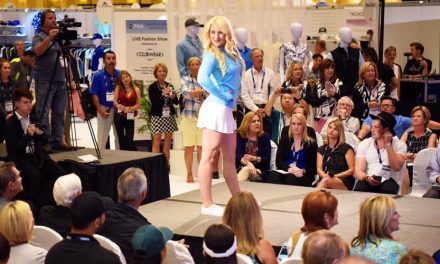