The latest quarter included a pre-tax, non-cash charge of $24.7 million, or 46 cents per share. after tax, for the write-down of acquired intangible assets related to the company's acquisitions of the Pacific Trail and Montrail brands in 2006. The impairment charge consisted primarily of goodwill and trademarks and resulted from the company's annual evaluation of intangible asset values.

The year-ago quarter included a tax benefit of 14 cents per share related to the favorable conclusion of a European tax examination.

Tim Boyle, Columbia's president and CEO, commented, “In 2008 we capitalized on our fortress balance sheet and operating cash flow of $145 million to make significant investments for future growth.  We drove innovation across each of our product categories and elevated our brands through increased marketing and enhanced retail presentation in order to begin building stronger emotional connections with consumers.  We also returned over $100 million to shareholders through share repurchases and dividends and ended the year with cash and short term investments totaling over $250 million and zero debt.”

“While we are pleased with our fourth quarter and full year results in the context of the weak economic environment, the accelerated deterioration of the global economy since September has prompted us to recalibrate the pace of our planned investments in retail stores and brand advertising in 2009,” he continued. “We plan to move forward with our previously announced plan to open a branded store on Chicago's Michigan Avenue in late 2009 and are also maintaining our plans to open additional outlet stores, primarily in the U.S. and Europe, to provide a more profitable channel for inventory liquidation.”

Q1 2009 Guidance
The dynamic nature of the current economic environment limits the company's visibility and its ability to estimate future results.  All projections related to anticipated future results are forward-looking in nature and are based on backlog and forecasts, which may change, perhaps significantly.

The 11% decline in Spring backlog that we announced in October 2008, combined with expectations of increased order cancellations and the negative effect of deteriorating consumer spending on sales at our retail stores, leads us to expect a 10% to 12% decline in consolidated net sales for the first quarter of 2009 compared with net sales of $297.4 million for the first quarter of 2008.  This anticipated decline in net sales includes approximately 4% of negative foreign currency impact which may be further amplified if the U.S. dollar continues to strengthen compared to certain foreign currencies.

Spring product sales have historically accounted for a minority of the company's full year net sales, therefore, the company does not traditionally comment on the factors that it believes will influence full year net sales and profitability levels until April when it announces first quarter financial results and Fall backlog. 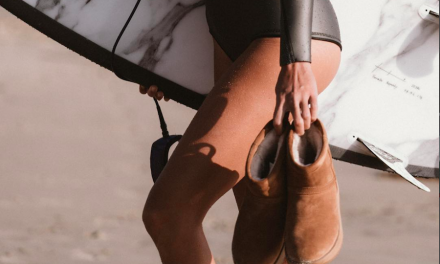 Swix to Distribute Swenor Roller Skis in the U.S.