Columbia made a clear point at the recent investor conferences that the company sees itself in the value end of the business for the Columbia brand. Company CFO Bryan Timm and Director of Investor Relations David Kaiser presented at the recent Wells Fargo Conference and reiterated CEO Tim Boyles earlier statements about retail Private Label as the companys main competition. The presenters mentioned Gart and Kohls as examples, and added that the strength of the brand is the key differentiator from P.L.

The executives said that the Gart/TSA merger “should be good” for Columbia “overall”. When pressed on the new TSAs assertion that they expect to get better terms from their vendors, Timm said that COLM would offer more in the way of P.O.P. and concept shops.

The real shocker here was the CFOs comment that footwear could grow to be “ten times larger that it is”, which would put Columbia in the billion dollar club for footwear based on their current $110 million business. The number is double the number Boyle quoted in his last statements. The company is certainly bullish on footwear, pointing to the 50% gain the first half.

Footwear is now a “little over 14%” of the total business, with Sportswear contributing 30% of sales and Outerwear a little over 50%. Accessories make up the balance.

Like many other maturing U.S. athletic footwear and apparel companies, Columbia is exporting its brand heritage, with 32% of sales coming from International versus just 12% in 1993. Europe has seen the largest share increase to the total, totaling 12% of revenues versus 1.0% ten years ago.

On the acquisition front, management said the Mountain Hardwear deal was as much defensive as it was offensive and gives the company a firm foothold at the to of the product pyramid. Columbia said they dont see a lot of personnel changes at MH and that the three leaders of the company are “firmly entrenched” with a “better capital base”.

The integration of the business has gone “quite well” on the sourcing and distribution side, but merchandising and design will kept “very separate”. Timm said COLM is committed to keep MH in the specialty channel and can expand a great deal within its current distribution strategy.

Mountain Hardwear apparel margins are in the “low 40s” and equipment is in the “high 30s”.

The company has seen operating margins improve from 15% to 20% in the last five years and points to its “made to order model for maintaining higher gross margins. COLM saw very little inventory risk in the Spring season and expects to take “up to 5%” risk for the Fall season.
The company said they are building cash, but have no intention of looking at a dividend policy, preferring instead to invest back into a growing business. 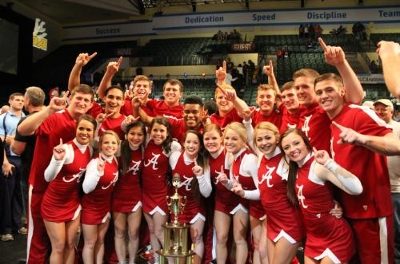