In the largest campaign of its 77-year history, Columbia Sportswear is bringing back Gert Boyle, the brand’s chairman and 91-year-old matriarch, as well as its “Tested Tough” tagline for the first time in ten years.

Boyle became famous in the 1990s after being portrayed in company ads as “One Tough Mother.” She could be seen shoving her son, Tim Boyle, through a car wash or up a snowy mountain to test products.

In a switch, Tim Boyle, who is now CEO, will not be seen in the ads but rather many of Columbia’s employees will be. The Pacific Northwest will also receive a prominent role but the campaign and messaging will play up the stringent standards Gert Boyle – known for the phrase, “It’s perfect – now make it better” – set around product quality in the harshest conditions.

“We started in this wacky place called Portland where we have amazing mountains and rivers. We’ve got trails, the beach and skiing right outside our door,” said Stuart Redsun, Columbia’s chief marketing officer, last week at a launch event in New York City. “But the weather isn’t always cooperative so that’s why Columbia started 50 years ago and when Gert started running the company, she’s run it under one simple promise. It’s that constant innovation – making our products better – so that we can all enjoy the outdoors a lot longer.”

Gert Boyle is known for the phrase, “It’s perfect – now make it better.”

The return of Gert Boyle marks a shift from a marketing focus based on the technical and functional benefits of its products to a lighthearted approach. Redsun said Columbia found challenges delivering a consistent message season after season focused on cutting-edge breakthroughs. Now that Columbia feels it’s won back its reputation for technology, the company is reaching for more of the emotional appeal that was represented in the “One Tough Mother” ads.

“We wanted to bring that fun and that excitement back and really show a little bit of the personality of the brand but, still, the product really is the hero,” said Redsun, who joined Columbia about a year ago after stints at Under Armour and Sony.

In one of the new spots, Gert Boyle is pictured standing on a snowy mountain with a cougar with the tag line, “Welcome to the Pacific Northwest, where the cougars really are cougars.”

Noting he had to present that ad to the chairman, Redsun joked, “Yes, she does know what a cougar is and is very flattered.”

In one of the three TV spots, a pair of Columbia new hires undergoes orientation: an all-night sit on a ski lift in the winter. Boyle arrives on a crane, not to retrieve them, but to give them pizza, then leaves. In another, an employee has to dig through a snow bank to get to the office copy machine; which is out of paper. Boyle sternly watches the exasperated employee from her office.

“’Tested Tough’ isn’t just an ad campaign or tag line, it’s the promise of our 77-year-old brand. It’s what motivates each and every employee to build and deliver great products,” said Redsun.

Gert Boyle was expected to come to the event but was slightly injured in an escalator incident. In a video shown at the event, she thanked the crowd for coming and joked that while she was “dinged up a little bit, you should have seen the escalator when I got through with it.”

The global campaign, which will cost “north of $50 million,” kicked off early this month, with broadcast, print, out-of-home, digital, retail and social elements rolling out in 63 markets across Europe, Asia, South America and North America.

One of the surprising elements is the appointment of two “Directors of Toughness.” Selected from a pool of thousands of applicants, the two selected – Lauren Steele, a freelance writer and ultrarunner and writer, and Zach Doleac, an adventure traveler and sports photographer who had previously worked for K2, will embark on a paid six-month adventure around the world to test the company’s products. The first stop will be an October12 appearance on “Jimmy Kimmel Live.” Consumers are being encouraged to follow their exploits through social channels via the #TestedTough hashtag.

The campaign, produced by Portland, OR-based agency North, will feature a social media component that Redsun told SGB, “will make it feel much bigger.” He added, “We want consumers to help tell our story.” 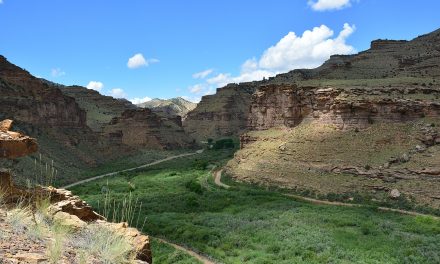 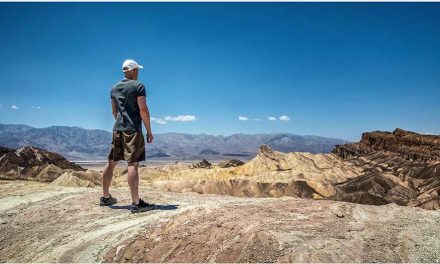 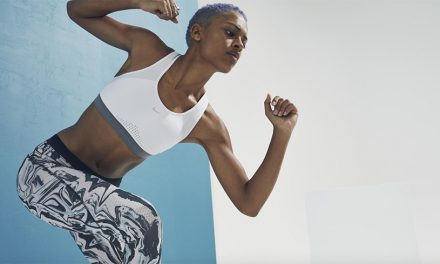