Cloudveil’s office in Jackson, WY, as well as its store in the city where the brand was founded in 1997, have been closed following the brand’s acquisition by private-equity firm Windsong Brands, LLC. But the technical outerwear brand’s new owners still plan to keep a presence in the area and even hope to reconnect the brand with locals.


Jim Reilly, Cloudveil’s new president, said the acquisition only included Cloudveil’s trademarks. Spyder Active Sports, which sold the business to Windsong, essentially closed the office and store. Without the obligations to the office space and the store, which carried a long lease, Cloudveil’s new owners are in a much better position financially to turn around the brand, he said.

But Reilly also expects Cloudveil to benefit from the closing of the flagship store since its opening hurt local sales. He said sales at Jackson outdoor retailers are now roughly one-third the level prior to the flagship store opening, which carried primarily close-out merchandise. As such, Reilly said Cloudveil has already approached several local shops to re-establish Cloudveil’s business and that talks have been promising. “If anything, were getting back to our roots by getting back with the retailers who were the first guys to get behind the brand,” said Reilly. “The only people who are going to be upset with the store closing are those looking for the 50 percent-off product.”

Reilly, a former COO at The North Face and executive at adidas, also said Cloudveil is in discussions regarding going forward with local athletes and advocacy groups. That includes 1% For The Tetons, a foundation that provides grants to groups and individuals working towards long-term sustainability in the region.

Reilly said Cloudveil has hired some former Cloudveil employees as consultants “for the moment” as it works on the Fall 2010 line. A reported eleven employees from Cloudveil’s office were let go although a few continue to support Cloudveil’s Spring 2010 delivery. Spyder is managing backend support, shipping, and customer service aspects of the Spring 2010 season but their involvement with Cloudveil ends in May, Reilly said.

Management is now operating the company out of Windsong’s headquarters in Connecticut. Reilly doesnt believe it’s necessary for Cloudveil to return to Jackson to maintain its outdoor credibility. He pointed out, “North Face is in San Leandro and that’s the last place youd have an outdoor company but this is about business now,” said Reilly.

But he said Cloudveil is working on plans to continue to maintain a strong presence with the Jackson outdoor community, and more detailed plans will likely be in place by April when it starts prepping for Spring 2011. “We got rid of all the liabilities that were heavy but were looking at coming back and doing the right things for that local community,” said Reilly.

Meanwhile, Reilly recently wrote a message on Cloudveil’s blog addressing many the questions he has heard since the acquisition was announced. Perhaps the biggest surprise was that Cloudveil had discontinued online sales at cloudveil.com in favor of a select number of online partners.

“This was based on our determination that Cloudveil as an organization must refocus on the wholesale distribution of our brand,” wrote Reilly. “This fall, we will resume servicing our pro accounts and friends and family through the website and direct communication. These programs will be reviewed in the coming days and be ready to supply great Cloudveil products in the fall. The community sites like Twitter and Facebook will continue.”

Cloudveil has no plans to discard its commitment to athletes sponsorships. Reilly wrote, “Our following includes many dedicated customers, athletes, ambassadors and partners. We have begun and will continue the dialogue with key consumers.” 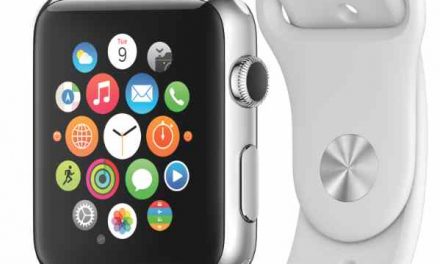