Despite the troubled economic present and uncertain future, some brands are planning large new product releases for Spring 2010, reflecting extensive research and new product development, while others have emphasized redesigns of existing successful products.
“It's a little bit like accelerating into a turn,” said Kim Miller, CEO of SCARPA North America.  “We think this is actually a good time to give retailers some great new technology to show  and to sell  in their stores. We can wait and see what happens, or we try to affect what happens, and we chose the latter  to be more proactive.”
“New product development is always a high priority for us and market conditions don't change that.  If anything, development becomes more important during tight economic conditions. When business can't grow from increases in market size, new product offerings are the best way to drive growth,” said Jim Karn, director of product development with Metolius Climbing.
In footwear, the primary stories for 2010 are light, durable, and green. Highlights from Scarpa include the Epic, a lightweight, multi-purpose hike/approach/light backpacking shoe reflecting Scarpa's new “Planet Friendly” initiative, which includes the use of an additive that helps EVA midsoles break down in landfills 50 times faster than standard EVA, as well as the emphasis of recycled materials in construction.
In addition, Scarpa's rock shoe line has been completely overhauled and redesigned for Spring 2010, reflecting the third season with Heinz Mariacher as climbing line manager.  Taking advantage of new rubber formulas and new upper designs, highlights of the line include the Vapor series, with a lace-up in Vibram XSEdge, and Velcro and slipper models using Vibram's new XSGrip 2.  The Instinct line features the Vibram XSGrip 2 rubber, in a performance-oriented lace-up for dialed in fit, and a slipper for sensitivity.

Vibram's XSEdge made its debut on La Sportiva's currently available and much heralded TC Pro, a high-top, all day climbing shoe developed in collaboration with climber Tommy Caldwell.  According to LaSportiva, the TC Pro has been selling like hotcakes, to widespread positive user reviews.  “The success of the TC Pro shows us that people are looking for the ultimate all day free climbing shoe,” said Jonathan Lantz, president of La Sportiva North America.  “Also, it’s a great indicator that people are willing to try new innovative products at a time when they may not opt for more of the same.”
La Sportiva's Spring 2010 line features a lace-up version of its popular Katana rock shoe with Vibram XSEdge rubber and a fast lacing system for a precise fit, and a more eco-conscious line of hiking shoes emphasizing recycled and “no net waste” components.
Another return-of-the-high-top release is Five Ten's Grandstone, a stiff-soled, lace-up Stealth C4 model.  “Making a high-top is a labor of love for 5.10,” said Charles Cole, president and founder of Five Ten.  “Our research, which combines interviews with our retail partners and our team of athletes, who are our eyes and ears at the crags, suggests that more and more climbers are interested in taking that step out of the gym, or away from the boulders.”

He continued, “I think adventure is increasingly more important in people's lives, and there's little more adventurous than starting up a traditional crack climb and watching your feet and hands disappear into the rock.  Once people have actually done a foot jam, getting a high top is a no-brainer.  While the market for high tops is much smaller than, say, entry-level gym shoes, the category is integral to 5.10's DNA.”
Evolv's line features several redesigns for Spring 2010, including the popular and award-winning women’s Rockstar model with a new perforated upper for improved fit and breathability. The new Kaos II is intended for intermediate climbers, with a perforated synthetic upper for breathability and comfort, and a sensitive half-length midsole for performance.
Highlights of the Mammut new product introductions include the Trion Light 28 pack, a 28-liter ultra-lightweight mountaineering backpack.  Built for the light and fast crowd, this pack features a removable waterproof liner which serves two purposes:  keeping the pack's load dry when inside the bag; or, as an extra “dry” bag for stashing gear in between climbing days or other waterproof storage needs.  Also new for spring is the Element Key-Lock Express quickdraw featuring an “indicator” dogbone which employs different colored fabrics in the core and sheath to show damage to the dogbone with appearance of red fabric.
In other pack news, Black Diamond unveiled a new line of backpacks for active endeavors including a range from light and fast day hikers to packs designed for a six-month thru-hike.  Black Diamond’s “Active Fit Design” includes hipbelts and shoulder straps designed to move with the wearer, for unrestricted motion and customizable fit.
In hard goods, expect to see a new generation of Petzl headlamps this fall, with new LED technology, and models including red lighting for use as safety lights or at night when bright white lighting might not be necessary.
The new Petzl women’s-specific ELIA helmet slated for Spring 2010 is getting attention for its “pony-tail cutout.” Men and women alike are excited about the twin side adjustments as opposed to the traditional single rear adjustment.  The ELIA features a lightweight, ventilated ABS shell and narrow polyester webbing straps for increased comfort.  “The ELIA is the first helmet designed for women from the ground up.  No shortcuts were taken,”  said Eric Wynn, Communication Manager for PETZL America. “Women represent a continually growing percentage of rock climbers, and PETZL wants to address their needs with specific gear.”
Whooha Gear has also stepped into the “women's specific” segment with a new climbing and bouldering-oriented line of women's t-shirts.  “Active outdoor lovers are becoming involved in climbing as another way to enjoy the world around them,” said Julie Conner, co-owner of Whooha Gear.  “We are responding to the current demand of women climbers, but doing so because we anticipate that the growth of women in climbing  like so many other sports  is going to continue.”
For climbing gearheads at ORSM, the talk of the show was the DMM Dragon line of cams, which is distributed by Excalibur DMM in North America.

After feedback on their second prototypes, DMM is gearing up for production of this dual-axle camming device design and an anticipated release date of Spring 2010.

The Dragon line is intended to offer a good range and smooth trigger action which will compete with the Black Diamond Camalot line.  Chris Rowlands, brand manager and export climbing manager for DMM International, described DMM’s competitive strategy as “aiming to improve the design by reducing weight, keeping a 13.75 camming angle, and using the extendable dyneema sling already used on our current camming units to create a unit with the very best features for a variety of styles.”
In other spring-loaded camming device news, Metolius announced the release of its much-anticipated Offset Master Cam to rival CCH Alien Hybrid offset units.  Other product releases included several redesigned training products including the Simulator 3D hangboard, the Project board, and redesigned Rock Rings 3D modeled using new software rather than hand-carving, to improve symmetry and ergonomics.
The Metolius line also includes a new lightweight Long Draw line for Fall 2009, featuring 12”, 16” and 20” long dogbone-style slings with ultralight FS Mini or lightweight Inferno carabiners for climbers who prefer dogbone-style draws to sling-and-carabiner slow-draws or over-the-shoulder slings.  The FS Mini Long draws weigh in at 61-67 grams — just about half the weight of a traditional Alpine style draw with equivalent strength.
“The solution is amazingly simple and effective.  It's one of those things that's obvious after you use it once, just like when Jim Bridwell invented the original quick draw 40 years ago.  Long Draws are easier to rack, easier to access, easier to deploy and easier to transfer at lead changes,” said Jim Karn, director of product development at Metolius.
Mad Rock's lineup includes a variety of new and redesigned rock shoe models, and a new tube-style belay device, the Aviator.  Built to accommodate ropes sized 8-11 mm, with a lightweight aluminum body designed to improve heat dissipation, the Aviatar aims to improves on other similar designs meant for use for belaying off a harness or bringing up a second off an anchor, with its removable spring to prevent the device from locking when paying out rope.
The device also features a “fin” which can be used to modulate speed while lowering or descending.
CAMP USA's Spring offerings in the Cassin line also includes two new tuber-style belay devices, the Piu and Piu 2, designed to reduce jamming compared to devices with v-slots, and to be more gentle on ropes than thinner-walled devices.  The CAMP USA / Cassin lineup also includes six new ice axes and four new crampon models.
Among the new releases from Omega Pacific is the Dash, a lightweight, full-strength wiregate carabiner with nearly an inch of gate clearance and a weight of just 34 grams.  “Although the climbing market has seen a few unique featherweight carabiners recently, we felt we could do a better job creating a lightweight carabiner while maintaining a significant gate opening and preserving the integrity of the frame. UIAA standards are the minimum, and we're pleased that the Dash has a 3 Sigma strength rating well over 25 kN – that exceeds many popular belay biners. It's also Iso Cold Forged, made in America, and named after the unforgettable Micah Dash. He was a good friend, a great climbing partner, and a dependable performer in all kinds of crazy climbing scenerios. He matches this carabiner perfectly,” said Jon Jonckers, sales and marketing associate at Omega Pacific.
Finally, in ropes, Millet announced the Low Impact Triaxiale rope, a 10mm, 70 meter rope designed with 25% more cover mass in the sheath, for longer lifespan.  Two thirds of the threads in the rope don’t undergo coloring, leading to a 66% energy saving on those threads and less waste water to treat after the dying process.  Additional energy savings is obtained by not polymerizing the rope, so this rope is suitable for dry conditions.  The packaging keeps with Millet’s low impact goal, with a simple folding box and one color printing.
The mood in and around the Climbing Zone was largely optimistic, festive and warm, but not without reflection on the year's losses in this close-knit community. With several high profile deaths in the climbing community this year, the mood would have been dampened regardless of the business environment. In booths and at events, there were many somber moments spent among friends, sharing memories and concern about climbers lost, and the people they've left behind.
Overall, the outlook in the climbing segment is optimistic.  “People are still being thrifty, although our customers have always been pretty thrifty,” commented Chad Willems, manager of Second Ascent, a gear shop in Ballard, WA.  “Backpacking and climbing hardgoods have been very strong this summer.  I was surprised by the growth in the climbing segment this summer, but don't see any reason it should stop.” 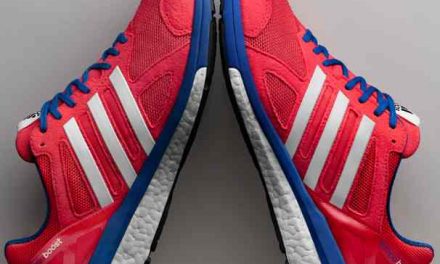