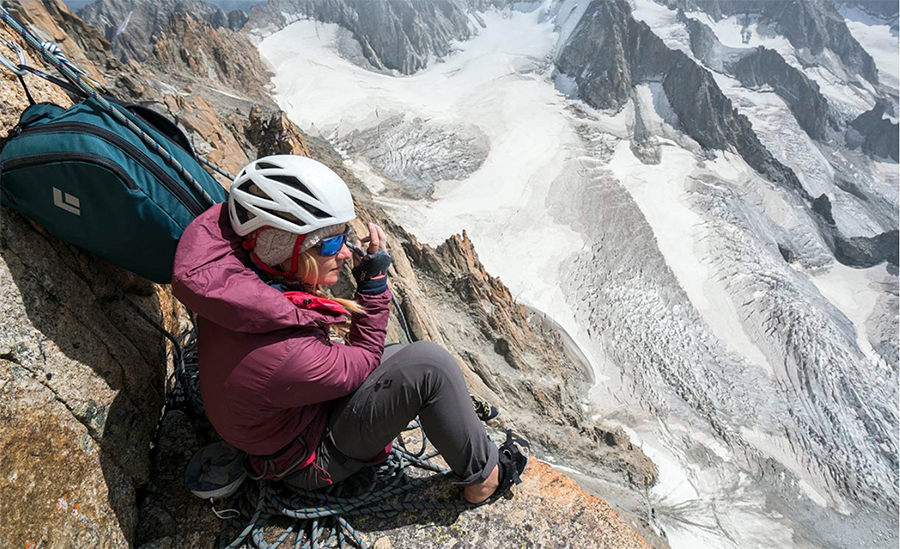 “Our results in the second quarter capped an excellent first half season, with sales up 9 percent for the first six months of the year,” said John Walbrecht, president of Clarus. “We also continued to drive operational improvements and profitability gains across the business, with adjusted EBITDA margin in the first six months of 2019 increasing 100 basis points to 8.2 percent.

“The momentum at Black Diamond continued to produce strong results, as brand sales were up 8 percent in the second quarter and 13 percent for the first six months of the year driven by gains across all categories and channels. This momentum was despite the protracted winter throughout the majority of our core markets, which impacted spring product sell-through and at-once orders.

“Also, and as expected, sales at Sierra were affected by the headwinds facing the overall bullet and ammunition market. Irrespective of market dynamics, we are continuing to deploy our ‘innovate and accelerate’ strategy and expect to drive further market share gains through overall brand strength and awareness, as well as Sierra’s compelling product offering.

“We expect the second half of 2019 to be fueled by continued product innovation across Black Diamond with over 150 new products slated to release this fall across footwear, apparel, snow safety, gloves and skis. The initial reaction to our offering has been highly positive and will be supported by a comprehensive marketing campaign aimed at bringing new consumers into the brand, while still resonating with our core consumer. Looking ahead, the improvements we have and expect to continue to make at Black Diamond, as well as the fundamental brand strength at Sierra, are our key focus areas for growth and driving long-term shareholder value creation.”

Sales in the second quarter increased 2 percent to $47 million compared to $45.9 million in the same year-ago quarter. The increase was driven by 8 percent growth in Black Diamond, partially offset by a 16 percent decline in Sierra. The year-over-year decline was expected due to headwinds in the bullet and ammunition industry. On a constant currency basis, total sales were up 3 percent.

Gross margin in the second quarter was 34 percent compared to 34.6 percent in the year-ago quarter. The slight decline was primarily due to channel and product mix and foreign exchange headwinds from the strengthening U.S. dollar. This was partially offset by the continued benefits of the company’s productivity programs focused on value enhancing activities within its supply chains and operations.

Selling, general and administrative expenses in the second quarter were $17.2 million compared to $15.8 million in the year-ago quarter. As a percentage of sales, selling, general and administrative expenses was 36.6 percent compared to 34.4 percent. The increase was attributable to the company’s continued investment in the brand related activities of marketing and direct-to-consumer of $0.5 million, a shift in timing of summer tradeshows from traditionally the third quarter to the second quarter of $0.5 million and costs incurred with the move of the company’s warehouse in Europe of $0.4 million.

The company continues to expect adjusted EBITDA to increase approximately 20 percent to $25 million compared to 2018.

The company estimates that it has available NOL carryforwards for U.S. federal income tax purposes of approximately $141 million. The company’s common stock is subject to a rights agreement dated February 7, 2008 that is intended to limit the number of 5 percent or more owners and therefore reduce the risk of a possible change of ownership under Section 382 of the Internal Revenue Code of 1986, as amended. Any such change of ownership under these rules would limit or eliminate the ability of the company to use its existing NOLs for federal income tax purposes. However, there is no guaranty that the rights agreement will achieve the objective of preserving the value of the NOLs.