City Sports announced that it will open a new store in Burlington, VT. next summer, marking the Boston-based brand's latest retail venture in New England and its first in the Green Mountain state. Local real estate  reports had reported on lease deal last week.

Scheduled for a June 2012 opening, the City Sports Burlington store will be located at 35 Church Street, complementing the robust Church Street Marketplace with the retailer's signature offering of athletic footwear, apparel and equipment.

“Being from Boston, we've always regarded Burlington as an epicenter of an active, fitness-oriented lifestyle in New England and a community we've wanted to be a part of for quite some time,” said City Sports President and CEO Jeff Connor. “The present opportunity to bring City Sports to Vermont and enhance the unique Church Street culture could not be more perfect, and we look forward to kicking off Summer 2012 with the opening of the Burlington store.”

The Burlington shop will mark City Sports' second store to open in the New England area in under a year, joining the Wellesley, Mass. location that opened September 2011. 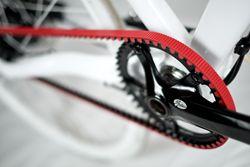