City Sports Inc. has filed for Chapter 11 bankruptcy protection. The Boston-based chain plans to hold going-out-of-business sales at eight of 26 stores and seek out a buyer for the remaining locations.

The filing in the U.S. Bankruptcy Court in Wilmington, DE listed assets of $38.6 million and $39.6 million in liabilities. According to court papers, vendors owed about a million include Nike, Under Armour, Asics, Patagonia and The North Face while those owed close to half a million include Brooks, Adidas and New Balance.

Sale deadline set for Oct 30
In court papers, City Sports said that in recent days several potential purchasers have expressed interest in continuing the operations at the stores. The company is requesting an auction occur by Oct. 19 to capitalize on the interest and because the stores will be forced to liquidate if no sale occurs by Oct. 30 to maximize selling over the upcoming holiday season.

“We have arranged financing for reorganization and intend to emerge from this process a much healthier company, better positioned for long-term success,” said Marty Hanaka, CEO of City Sports, in a statement provided to Sports Executive Weekly.

Timing of the closures and the specific locations has not yet been determined. The company said it will make every effort to offer store associates affected by the closures positions in other stores where possible.

“Our stores remain stocked with the same high-quality products, and we will continue to honor gift cards and returns on merchandise purchased prior to the filing,” said Hanaka. “Our team is focused on developing a reorganization plan and running the business during this time of transition.”

Problems traced to August, 2014
In an affidavit filed in Delaware’s bankruptcy court, Andrew Almquist, SVP and CFO at City Sports, said that starting in August 2014, the company’s revenue and profitability declined due to several factors, including “the extremely competitive market for athletic apparel (especially from Nike, Asics and Under Armour), still struggling national economy and record setting weather in the Northeast impacting the sale of various types of athletic apparel.”

Snowfall in Boston, where it has nine locations, measured 99.4 inches from December through February this past winter, beating the 91.5 inches that landed in 1993-94.

In response, numerous initiatives were undertaken to improve its performance, including engaging financial advisors, FTI Consulting, Inc., to identify opportunities to reduce costs. The resultant cost-saving measures included a reduction in store labor (both the number of employees and hours) before opening and after closing hours and reducing store operating hours. Hours were reduced in eight of the recommended 11 stores.

Freight costs were also lowered by reducing the number of deliveries in three of its stores to once a week, and as a result, deliveries are only made once a week to seven stores. A committee has been created to examine which of the company’s other stores may be a candidate for reductions in store deliveries going forward.

Other measures have included increasing promotional activity to drive traffic and move inventory, implementing a hiring freeze on all new positions, and only filling turnover in critical positions, such as its director of stores.

“Unfortunately,” wrote Almquist in the affidavit, “after extensive negotiations, the company was not able to obtain agreement with many of the landlords for rent concessions and for those that did agree, the concessions were not as significant as the company had hoped.”

The failed negotiations led to a “dual track” of reaching out to liquidators to conduct store closing sales for approximately six to eight underperforming stores while contacting parties who may be interested in purchasing the remaining assets and stores as a going concern. The company is seeking to hire Tiger Capital Group to handle liquidations at the initial eight stores.

If buyers can’t be found for any of the remaining stores, the company will move to liquidate any remaining stores “to take full advantage of the upcoming holiday shopping season.”

Almquist said, “The debtors have filed these Chapter 11 Cases to best maximize value for the benefit of all interested parties – including creditors and stockholders – by either conducting a sale of some or substantially all of their assets as a going concern or proceeding towards an orderly wind down and liquidation of some or all of their assets.”

Kennedy and Martin, who died in 2007 after a long battle with cancer, founded the chain in 1983, opening the first store on Massachusetts Avenue in downtown Boston. Finding city dwellers had to head out of town to purchase sporting goods, the two positioned City Sports to fill a void in the market in delivering premium sporting brands and a premium service to urban athletes, particularly fans of running, training, tennis, swimming and cycling. Yoga and triathlon was added to the mix over the last two decades.

At the time of Highland’s purchase, Tom Stemberg, managing general partner of Highland Capital Partners and founder of Staples Inc., said Highland had plans to “nearly triple the number of shops to 50 shops in the next five years,” and had the “potential for up to 300 stores in urban markets” across the U.S.

The economic downturn stalled some of those plans. City Sports had 14 stores across the East Coast in 2008, and has steadily opened a few locations each year, including its first doors in New York City and Vermont. Its 26 doors are located in Massachusetts, Rhode Island, New York, Washington D.C., Pennsylvania, Maryland, New Jersey and Vermont. The stores generally range from 8,000 to 10,000 square feet.

Albertian pushed to streamline processes for store managers, brought in a new head of marketing and upgraded finance, planning and allocation, IT and e-commerce. The company was planning to accelerate its openings to five in 2014 but wound up only opening three.

On July 28, 2015, Marty Hanaka, who had joined City Sports’ board with the Highland acquisition, took over as CEO. Albertian had left in June. Hanaka had served as CEO of Golfsmith June 2008 to November 2012, leaving soon after its merger with Canada’s Golf Town. He was CEO of The Sports Authority November 1999 through June 2004. He similarly left TSA soon after the Gart Sports merger.

At the time he took over as City Sports’ CEO, Hanaka told SEW that the retailer would slow its expansion efforts for the time being to reinvest more in “core tools and training” in the existing business. Planned investments include updating fixturing to better sell some of the newer tech gear as well as around point-of-purchase systems to give store associates “more agility and functionality” to better service shoppers. City Sports also planned to pursue “endless aisle,” or being able to fulfill any in-store out-of-stock with inventory from its website or other stores. Further investments were set to improve the functionality of City Sports’ e-commerce website, which has been experiencing strong gains.

Longer term, Hanaka saw strong potential for expansion, particularly in colder markets where sporting goods store typically enjoy a higher margin on outerwear and other winter categories. He noted that the chain had only a few locations each in New York City, Philadelphia and Washington, D.C.; and saw room to eventually expand to Chicago, Toronto and Montreal. 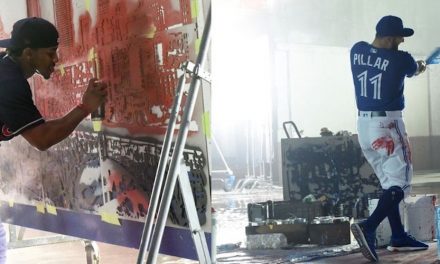