The U.S. Golf Manufacturers Anti-Counterfeiting Working Group (comprised of Acushnet Company, Callaway Golf, Cleveland Golf, Nike Golf, PING and TaylorMade
Golf Company) reports that so far in 2006, in three separate criminal cases in the People's Republic of China, the Shanghai District Courts have sentenced four dealers of counterfeit golf equipment to prison terms of between one to three and a half years.

The Golf Manufacturers Anti-Counterfeiting Working Group was
formed to petition governments to enforce their laws against
counterfeiters of golf equipment products. Following the Group's
petitioning efforts, dozens of successful raids of manufacturing,
assembly and retail facilities have been conducted by Chinese law
enforcement authorities over the past two and a half years. Several
business operators have been arrested by the authorities and many have
now been prosecuted in the Chinese courts.

At the end of March, the Shanghai Zha Bei District Court convicted
2 defendants of selling counterfeit golf equipment. The first
defendant, Ms. Bai Hong (“Bai”), was fined RMB20,000 and sentenced to
imprisonment of 6 months (suspended 1 year). The suspended sentence
was due to Bai's cooperation with the authorities that resulted in the
arrest of a second defendant, Mr. Chen Hu (“Chen”). Chen was sentenced
to three and a half years' imprisonment and fined RMB30,000. Bai had
been arrested in November 2005 by officers of the Shanghai Public
Security Bureau as she was delivering 74 sets of counterfeit golf
clubs. As a result of the arrest, Bai provided information that led to
the arrest of Chen and the seizure of a further 1,344 counterfeit golf
clubs from Chen's premises, valued in aggregate at RMB208,928.

In the most recent case in August, the Shanghai Changning District
Court convicted a golf club distributor, Mr. Yang Yongshen (“Yang”),
of selling counterfeit golf equipment. Yang was sent to prison for 18
months and fined RMB30,000. Yang, 26, was found to be a major supplier
of counterfeit golf clubs in Shanghai and had been arrested in March
2006 during a joint raid conducted by officers from the Shanghai
Administration for Industry and Commerce and Public Security Bureau.
Officials seized a total of 1,755 counterfeit golf clubs from Yang's
warehouse together with various semi-completed counterfeit clubs and
counterfeit golf accessories – valued in aggregate at RMB4.7 million.

According to Loo Shih Yann, a principal with the international law
firm of Baker and McKenzie who is coordinating the petitioning efforts
on behalf of the U.S. Golf Manufacturers Anti-Counterfeiting Working
Group in China, “An important part of the Shanghai Changning District
Court ruling was that the Court found the defendant guilty of the
crime of `attempt'” (based in large part on the amount of inventory of
counterfeit golf products in the defendant's possession). Loo also
commented that the court decisions and the bases of the criminal
convictions are very encouraging. “The Court's growing acceptance to
value the infringing goods based on the aggregate value of the genuine
articles will make it easier to pursue criminal prosecution.” He
added, “We believe that these court decisions and in particular prison
sentences send a very important message to counterfeiters that the law
enforcement authorities in Shanghai are very serious in fighting
intellectual property rights violations. We hope that such law
enforcement activities will continue in Shanghai and will be followed
in other regions of China.” 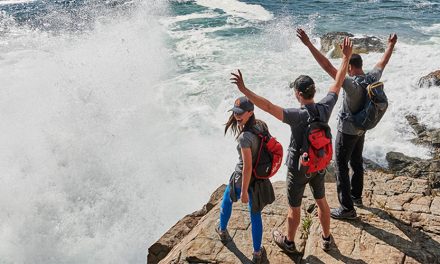