The quota issues that B.O.S.S. reported on two months ago (See BOSS_0535) continue to plague the industry as manufacturing groups and trade unions continue to pressure lawmakers to implement even more stringent limits on goods imported from China. Bilateral trade talks between China and the U.S. have failed to reach an agreement on the volume of Chinese manufactured textiles and apparel allowed into the United States. Currently, the embargoed categories that have the most impact on the outdoor and snow sports industries include many cotton items, man-made fiber (MMF) underwear, shirts, non-knit (woven) shirts, and MMF trousers. In particular, the embargo on MMF trousers, which includes all shell and ski pants, could cause serious shortages at retail this winter.

The issue began after heavy lobbying efforts by trade groups, when the Committee for the Implementation of Textile Agreements (CITA), chaired by James Leonard, imposed the “safeguard provision” of Chinas World Trade Organization ascension agreement on May 13, 2005. This established quotas that allowed import volume to grow only 7.5% over last years volume. When these quotas were filled in July and August, the U.S. Department of Customs embargoed imports in these categories. These embargoes are set to expire on December 31, 2005.

In addition to the existing quotas, CITA announced that in September, the domestic textile industry filed petitions asking CITA to reapply quotas on apparel products currently embargoed and to apply new quotas on additional apparel categories that should ship in Spring 2006, including man-made fiber coats, which includes ski jackets and other outerwear, and polyester filament fabric, light weight. CITA has requested public comment on these petitions with a deadline of November 10, 2005.

With the failure of the bilateral talks between the U.S. and China, the likelihood of the embargoes running their course and expiring on December 31 is much greater.  Should no deal be reached before December, vendors will have a difficult time getting China-made merchandise into the country. The biggest concern among the industry is the potential for a quota on man made fiber coats  this includes any Gore-Tex, fleece, nylon, or polyester jacket made in China. With sales of jackets 5-7 times the sales of outerwear pants, this could be a potentially devastating blow to outdoor and snow sports retailers and vendors in the U.S.

“The real problem is that the planning process is already finished. These products are sourced 12-15 months in advanced and most vendors have already placed their orders from the factories in China,” said Frank Hugelmeyer, president of OIA. “Now these companies only have two choices, either switch factories and move to the back of the queue  taking a low priority, or accelerate production and shipping and try to slide in before the quotas are filled.”

Larger companies are likely to have the resources and/or purchasing power to accelerate production or move to another facility. The companies who will be harmed the most by these quotas are the small to mid-sized vendors along with the retailers that depend on their products. However, if the chain of events following a jackets embargo plays out in a similar manner to the recent embargo on pants, the vertical retailers like GAP and American Eagle will be shipping huge quantities of synthetic jackets into U.S. ports and filling up the quotas almost single-handedly.

Again, the problem is not necessarily the quotas themselves, but rather the timing. According to OIA, CITA is placing quotas on apparel that is no longer manufactured in the U.S. and they are looking at restricting spring 2006 apparel when they should be looking at spring 2007 in order to give vendors enough time to react.

“While Outdoor Industry Association is sensitive to the position of the domestic textile industry and agrees the United States must enforce its international trade agreements,” comments Hugelmeyer, “current embargoes are having a detrimental effect on the outdoor industry, particularly in apparel products that have little or no significant domestic manufacturing, and future quotas could devastate the industry.”

OIA has taken several steps to work on this problem, including the formation of a Trade Working Group to respond to existing and proposed applications of quotas on apparel products manufactured in China and the organization has hired a trade-specific lobbyist to address the issue on Capital Hill. Hugelmeyer told BOSS that they are considering a lobbying trip to D.C. sometime before the November deadline for comments, but in the meantime they will be working with their contacts in D.C. to determine the most effective course of action.

SIA continues to lead the snow sports side of the industry with heavy behind-the-scenes work, producing statistical facts for Congress and the Department of Commerce so they have a better understanding of the Snow Sports category. Both OIA and SIA are working on establishing a “carve-out” that exempts specific products from the quotas. Both OIA and SIA have expressed concern over whether or not these actions are designed to create more American jobs. Both organizations seem to think that this has more to do with China re-valuing their currency, creating tougher intellectual property laws, and other global trade issues than with the creation of U.S. manufacturing jobs. The down side is that the government could leave the Outdoor and SnowSports industries behind as collateral damage.

The North Face Appoints New Heads Of Product And Merchandising 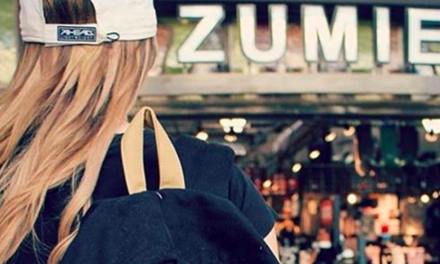