On Monday, Beijing filed a complaint against Washington at the World Trade Organization over U.S. import duties. China claimed the latest round of tariffs violated a consensus reached by leaders of both countries in Osaka, Japan.

The U.S. began imposing 15 percent tariffs on a variety of Chinese goods on Sunday and China began imposing new duties on U.S. crude oil in the latest escalation in their trade war.

China did not release details of its legal case but said the U.S. tariffs affected $300 billion of Chinese exports.

The latest tariff actions violated the consensus reached by leaders of China and the United States in a meeting in Osaka, the Commerce Ministry said in the statement.

“On September 1, the first batch of U.S. tariffs on China’s 300 billion US dollars exported to the United States was officially implemented. I will file a lawsuit under the WTO dispute settlement mechanism. The US taxation measures are seriously contrary to the consensus of the heads of state of the two countries in Osaka. China is strongly dissatisfied and resolutely opposed. In accordance with relevant WTO rules, China will firmly safeguard its legitimate rights and interests and resolutely defend the multilateral trading system and the international trade order.”

The lawsuit is the third Beijing has brought to challenge U.S. President Donald Trump’s China-specific tariffs at the WTO, the international organization that limits the tariffs each country is allowed to charge.

U.S. officials say that they are penalizing China for theft of intellectual property that is not covered by WTO rules, although many trade experts say that any tariff hike above the allowed maximum must be justified at the WTO.

Many experts also decry China’s decision to fight fire with fire, by imposing tariffs on U.S. goods imported into China, also without the WTO’s approval.

The two governments say they are going ahead with talks this month in Washington but neither side has given any sign it might offer concessions.

The two governments have imposed higher taxes on about two-thirds of the goods they import from each other. 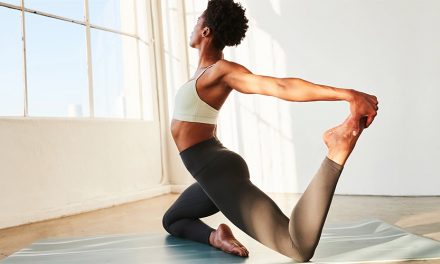