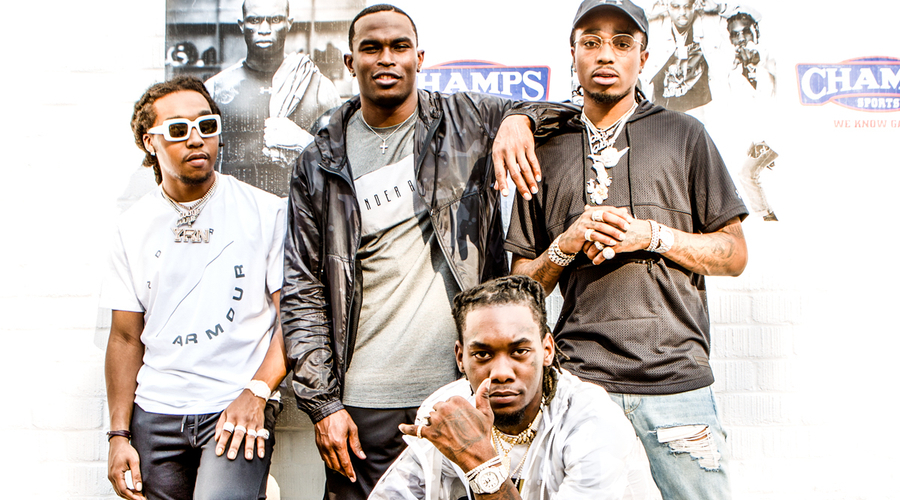 “The Moment” provides a platform for professional athletes to share inspirational stories rooted in their personal journeys to success through musical collaborations.

Following two earlier collaborations between athletes and artists, the third episode spotlights Julio Jones as he lives in his “moment” standing at the top of his sport. Julio’s passion to play at a young age helped him stop at nothing to make his dreams of getting into the NFL a reality.

The episode begins with Jones walking down the paved streets of an Atlanta-based neighborhood clad in Under Armour with the MIGOS soundtrack playing until Julio approaches a group of young kids.  In this time frame, Jones begins to share his story beginning with, “As a kid … I was a dreamer” to then interacting and playing with the youth in the street.

After spending time with the children and walking further down the streets of Atlanta, Jones connects with MIGOS at the 11th Street Studios where MIGOS plays the title song for the athlete.

The campaign spot includes an original track by MIGOS titled “11 Birds”. In addition, there is a behind-the-scenes music video starring MIGOS and Julio Jones, featuring Under Armour product including the UA Threadborne Shift footwear available now for $95 at Champs Sports locations nationwide. MIGOS narrates an Atlanta journey to success story alongside Julio.