After more than two years of failing to find a buyer for Remington Outdoor Company, Cerberus Capital Management told investors in its private equity funds that it had found a way for them to sell their stakes in the firearms company, according to a report by The New York Times.

In a May 15 letter to limited partners, Cerberus said it would spin off fund ownership in the gun maker to a new entity that will be owned by its Cerberus and Remington executives and any limited partners who choose to invest in the company directly. Fund investors have been given about a month to decide whether to retain their stake in Remington Outdoor or sell it to the new entity, The Times reported.

Pressure from CalSTRS
Under pressure from The California State Teachers' Retirement System (CalSTRS) and other activist investors, Cerberus pledged to sell Remington Outdoor in December, 2012, three days after a man gunned down 20 children and six adults at Sandy Hook Elementary School in Connecticut using a Remington Bushmaster sport rifle and other guns.

The board of directors for CalSTRS, which manages $190.8 billion in assets on behalf of 879,000 California educators and their families, voted in April 2013 to divest all companies that make firearms banned in California.  That same month it sold its interest in Sturm & Ruger and Smith & Wesson for nearly $3 million.

On April, 1, 2015, CalSTRS assured its members that – while it shared their frustration with the slow progress Cerberus had made in trying to sell Remington Outdoor – the pension fund could not act unilaterally to remove a specific company from a private equity fund.

“Nor can we expose the fund by prematurely or imprudently selling about $375 million worth of holdings at a loss without thoroughly exhausting all other options first,” CalSTRS said. “While we cannot share the details, we want to make it clear that all potential options are being fully considered and have been for some time.”

“We are hopeful that a liquidation vehicle has been fashioned that allows us to cash out of our economic exposure, which is what we’ve been seeking all along,” said Duran.

Debt levels draw more attention
In its letter to shareholders, Cerberus indicated it will likely hold Remington Outdoor until market conditions improve, according to The New York Times.

Firearms makers and retailers have been reporting declining sales since 2013, when sales surged in the wake of the Newton and other shooting incidents on fears that a lame-duck, second-term Obama Administration would restrict the sale and/or ownership of certain firearms, such as modern sporting rifles. In April, 2013 however, the U.S. Senate voted down Administration-backed legislation that would have required background checks for all gun sales. Remington’s 2013 sales went on to surge $336.3 million, or 36 percent.

Earlier this month, however, Remington reported that it lost $68.2 million in 2014 after sales fell by a quarter, or $328.9 million. Remington warned investors that its high debt load, which amounted to $836.3 million, or nearly 8.6 times its 2014 EBITDA, made it particularly vulnerable to rising interest rates.

On May 15, competitor Colt Defense LLC announced bondholders had rejected its offer to swap $75 million in junior secured debt for $250 million in junk bonds  setting the stage for the company to file a Chapter 11 bankruptcy petition.  Smith & Wesson Holding Corporation, by contrast, announced May 18  that it had fully repaid $100 million it borrowed in December to acquire Battenfeld Technologies Inc. using cash generated from operations in the fiscal fourth quarter of 2015. SWHC said the repayment means it will be able to use the full capacity of its $175 million line of credit and cash on hand to redeem $100 million in senior notes due in 2017 and cut its long-term debt by more than a third. 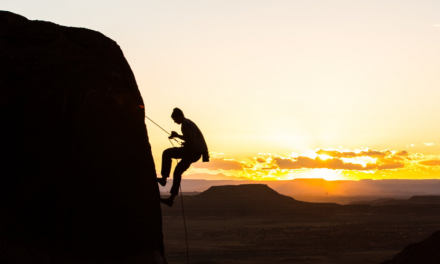