Castrol, sponsor of the U.S. Men’s National Team and 2014 FIFA
World Cup, will expand the Castrol Index to the U.S.
Soccer Federation for the Men’s National Team (MNT) ahead of the team’s Jan. 29 match against Canada in Houston, TX
to open 2013. The launch of the Castrol Index for the U.S. Soccer
Federation builds upon Castrol’s success with the Castrol MLS Index and
further demonstrates its long-standing commitment to soccer throughout
the world.

The Castrol U.S. Soccer Index will debut the week after the USA‘s
game vs. Canada and rank every player’s contribution during the match
in Houston.  The Castrol Index will be featured on ussoccer.com after
each of the completed FIFA World Cup qualifying matches and friendlies
in 2013. Friendly matches will receive their own Castrol Index
performance ranking, while FIFA World Cup qualifying matches will
receive a cumulative ranking.

U.S. Soccer is celebrating its centennial in 2013 and the U.S. MNT
continues its bid to qualify for the 2014 FIFA World Cup in the
Hexagonal phase which opens February 6.  The U.S. MNT will also
participate in the CONCACAF Gold Cup scheduled to begin on July 7 with the final to take place on July 28.

Castrol’s team of performance analysts uses the latest technology to
objectively analyze every match, logging an average of 1,800 player
movements per match. The Castrol Index tracks every move on the field
and assesses whether it has a negative or positive impact on a team’s
ability to score or concede a goal. A key factor for all areas of
performance on the Castrol Index is which zone on the pitch the action
takes place. The Castrol Index operates on the philosophy that not all
passes are created equal; a player’s quality is more than just the goals
and shots he generates and individual actions have their own merits.

Launched in 2008 with Castrol’s official sponsorship of the UEFA
Euro2008, the Castrol Index further expanded and refined in partnership
with FIFA for the 2010 FIFA World Cup and is now used around the world – analyzing performances in the 5 major European Leagues.

“Castrol has a proven record of success in sports technology,” said
President of U.S. Soccer Sunil Gulati. “We look forward to bringing an
official performance index to the U.S. Soccer Federation to further
engage soccer fans in the World Cup dialogue-and beyond.”

For over 100 years, Castrol has been the technology leader in motor
oil with advanced proprietary formulas that exceed the world’s toughest
industry-agreed standards. 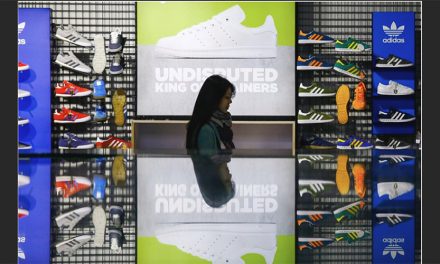