Michael Medline, former President of Canadian Tire's automotive business unit, has been appointed as the new president of FGL. Michael led the acquisition of FGL for Canadian Tire and has become deeply familiar with FGL's operations over the past 10 months. As president he will work to support the FGL brand and drive customer and employee engagement to ensure the company's continued performance and growth. Michael has a long history of excellence in leadership at Canadian Tire, including successfully leading the acquisition and integration of Mark's by Canadian Tire in 2001.

The eleven-person executive team was chosen to combine the strongest skills of both companies with a mandate to generate significant growth at FGL. FGL is widely recognized as Canada's leading sports retailer. Combined with its existing strong sports category, Canadian Tire is creating Canada's ultimate authority in sporting hard goods, soft goods, footwear and accessories for Canadian consumers.

In addition to Michael and Gregory, the new FGL executive team includes the following appointments:

Richard White has been appointed as the Senior Vice President and Chief Merchandising Officer, with responsibility for merchandise strategy, vendor direction and determining product assortment for all stores. This is an expansion of Richard's previous role on the FGL executive team as he adds responsibility for FGL's wholesale and private label divisions.

Chad McKinnon has been appointed as the Senior Vice President, Corporate Operations, responsible for all aspects of corporate store operations, including customer service and training and visual presentation. Chad was previously on the FGL executive team in this same role.

Jean-Stephane Tremblay has been appointed as Executive Vice President, Franchise, responsible for the FGL Franchise Division and the Atheletes World Ltd. corporate banner. Jean-Stephane was previously on the FGL executive team in this same role.

Matthew Handford has been appointed as the Senior Vice President, Human Resources, with responsibility for the strategic direction and execution of all people-related strategies and programs for FGL. Matt was previously on the FGL executive team in this same role.

Doug Nathanson has been appointed as the Chief Legal Counsel, responsible for all aspects of FGL's legal operations. Doug takes on these new responsibilities in addition to his current role as Vice President and Associate General Counsel with Canadian Tire.

“It's rare that you have the opportunity to establish an executive team from two pools of top talent,” said Stephen Wetmore, President and Chief Executive Officer of Canadian Tire. “We have appointed a great mix of skills and experience, coupled with previous executives from Forzani and new executives from Canadian Tire. I am confident that this is the team to lead Forzani on a path of strong growth.

“Michael Medline is a natural choice as our lead executive to drive growth at FGL. We are combining Michael's passion for sports and experience in leading large organizations with a highly-talented executive team that brings the best of our organizations together,” continued Wetmore.

“I want to personally thank Bob Sartor for his tremendous leadership at Forzani and for growing Canada's leading sports retailer into the success it is today. I am also pleased that Thomas Quinn has agreed to be part of our team going forward and continue to provide his valuable strategic counsel to the new executive team,” concluded Wetmore. 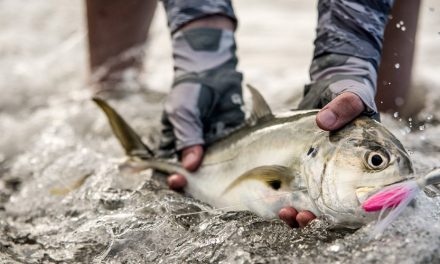